Harris will face Luke Letlow in an election runoff Dec. 5. 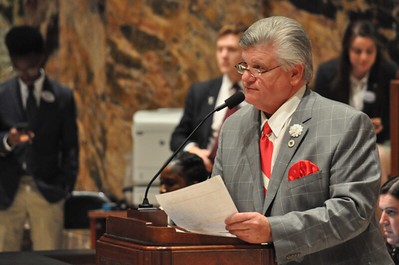 The following is a transcript of a portion of this podcast episode. Julie O’Donoghue interviews state Rep. Lance Harris, R-Alexandria, who is running for Congress in Louisiana’s 5th district. He faces Republican Luke Letlow in a runoff election Dec. 5.

Julie: If elected to Congress, Harris says protecting capitalism would be a priority for him. He would also like to see the federal government run more like a business. His biggest worry is the country’s finances.

Harris: I am concerned about the United States of America and Washington because we have run up $27 trillion in debt. We have a $3.4 trillion deficit just this year and I don’t see that as being sustainable. You know a lot of people are not even talking about it anymore and it was a big issue to a lot of conservatives many years ago that we needed to get a handle on this. I think at some point — just like in private business or anywhere else — the chickens will come home to roost.

Julie: Running the government and a private company are not necessarily the same, but Harris does have a lot of business experience. He started a local gas station and convenience store chain — Leebo’s — at a young age. He wasn’t even old enough to get a business loan by himself.

Julie: Harris has gone on to own several other kinds of businesses. He’s dabbled in commercial real estate and at different times he’s owned a computer networking company, farm supply store in Alexandria and restaurant chain in the Florida panhandle. Currently, he has a rodeo and pecan farm. And he raises cattle.

Harris has been active in the central Louisiana business community for a long time. He believes he can help attract business to the 5th district. He says investment  in community colleges has made the area more attractive to companies.

Harris: We’re on the cusp of getting some good manufacturing people to look at this district. And I think we have the tools in place. That’s going to be one of the things that I do. I’ll be like that little chihuahua gnawing on your ankle when you come into my house as a UPS guy or something. Every time I see a corporation that’s looking to do something in Louisiana or the United States, I’m going to try to steer them to the 5th district and show them what the positives are. 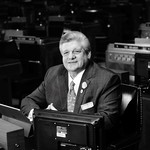 Lance Harris has served as the District 25 State Representative since 2012. From 1979 to 1982, he attended Northwestern State University and Louisiana College to pursue a degree in piano performance. Lance is a 1984 graduate of the Louisiana Banking School of the South hosted by the University of Southeastern Louisiana. Lance began his professional career with Guaranty Bank and Trust Company. After working his way up in the banking industry, Lance began his own company, Leebo’s Store, Inc. Lance was elected to the Louisiana House of Representatives on October 22, 2011. His district, District 25, encompasses a large portion of Rapides Parish. In December of 2012 Lance was elected by his Republican colleagues to serve as the Chairman of the Louisiana Republican Legislative Delegation.