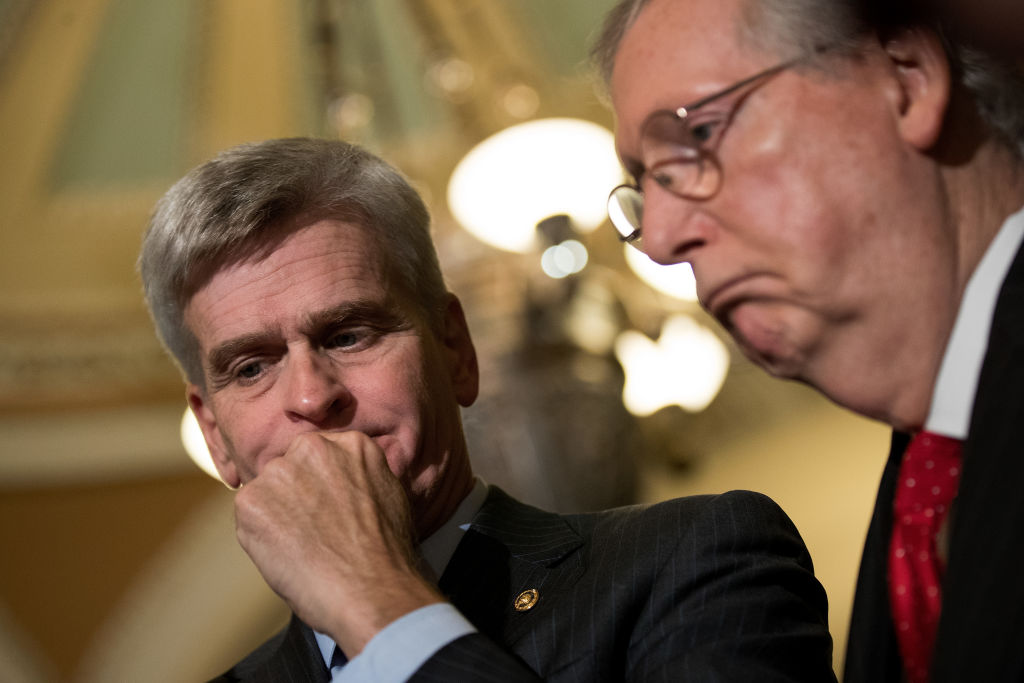 The following is a transcript of a portion of this podcast episode. Julie O’Donoghue interviews U.S. Sen. Bill Cassidy, a Republican from Louisiana. Cassidy is up for reelection Nov. 3.

Julie: Trump and several Republicans around him have tested positive for COVID-19. Several news reports indicate the president and people around him have not been wearing masks, even though Trump’s health experts recommend every American do so.

But even before the news broke that Trump was sick, Cassidy told me that he thought Americans should be wearing masks in public.

Ideally, you don’t go to a bar with lots of people packed in — the doors poorly ventilated — that’s just a recipe for a super spreader event. So if you just show common sense, we can safely reopen the economy. It won’t be quite normal. We’re still wearing masks for example, but we’re getting back to normal.

Julie: For the upcoming election, Cassidy supports the expanded use of mail-in ballots because of COVID-19. This is particularly interesting because Louisiana Republicans in the state Legislature fought those extra mail-in ballots.

The state only started offering them after it was hit with a lawsuit. A federal judge intervened and mandated that Louisiana offer more options for absentee voting.

Cassidy is one of the top Republicans in the state. He’s actually on the ballot. And he is ok with the approach state Republican lawmakers initially blocked.

Cassidy: Well first, I think people can safely vote in person. When I went to vote, they had six feet between me and the person next to me. I early voted. So it’s reasonable, in fact good, if we could increase the number of early voting days. There’s going to be a  lot of interest in the campaign. But we can go to Wal-Mart. We can go to the grocery store. So presumably, we can also go and vote and we can vote safely in person.

Secondly, I do think there should be expanded use of mail-in ballots. Certainly if someone has a fever or they feel as if they have been exposed and they’ve been told to quarantine, then they need to be able to get their ballot and send it to they don’t expose other people.

But there needs to be a requirement that the ballot be brought in by election day. I think it’s very troublesome, some of the states in which ballots have been received after the election without a postmark, and nonetheless, they are still being considered in the tally. That becomes very problematic and I think we should all be concerned about things such as that.

Cassidy was first elected to the U.S. Senate in 2014. He previously served in the U.S. House of Representatives and Louisiana Senate representing the Baton Rouge area. He received his undergraduate and medical degrees from LSU.