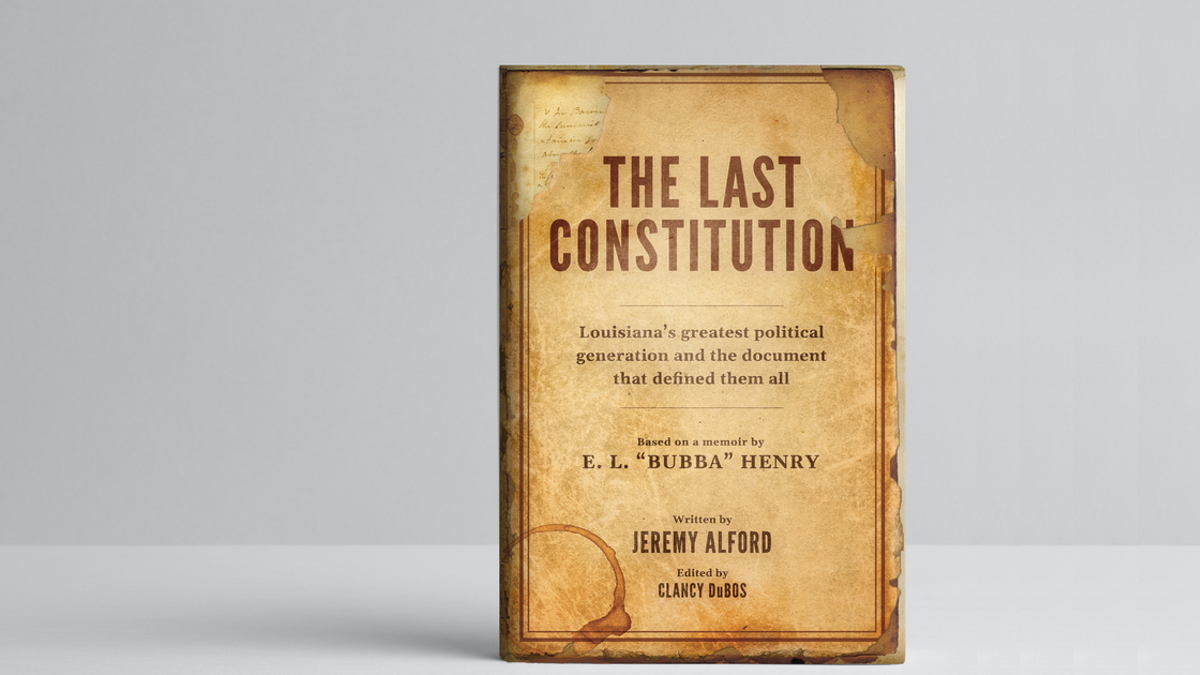 Below is a transcript of a portion of this podcast episode. Julie O’Donoghue interviews journalist Jeremy Alford about the drafting of Louisiana’s state constitution in 1973 and 1974. Alford wrote a book about this topic called “The Last Constitution“.

Julie: The [constitutional] convention faced problems. Jeremy says it ran out of money and had some logistical challenges.

Jeremy: Their first meeting [of the constitutional convention in 1973] was at the LSU assembly center, which is now the Pete Maravich Assembly Center. But they could not keep meeting there cause it interfered with Coach Dale Brown’s winter practice schedule so they moved to, I believe it was, the Bellemont for a little while.

And then they went to a hotel that used to be near the Capitol called The White House Inn. And everyone kind of joked around because the slogan of the hotel was “The White House Inn where every guest is treated like the president”. But the president at the time was Nixon and he was knee-deep in Watergate and nobody wanted to be treated like that. But the White House Inn had a convention hall called Independence Hall — aptly. And that is where most of the convention took place was in Independence Hall and this was a theater that Jimi Hendrix has played in, Creedence Clearwater Revival.

But on Wednesday nights they had to break everything down because there were amateur wrestling matches there. Finally they ran out of time over there as well and ended up on the House floor. This is a House floor that is equipped to seat 105 members and had to be retrofitted – so to speak – to accommodate 132.

Julie: The delegates reached a compromise and voted for the new constitution [in 1974], but there was still a small glitch.

Jeremy: It’s 1974 right? There’s no thumb drives. There’s no email. The constitution was literally a gigantic document that people signed. And it was supposed to be delivered to the governor on the last night and there may have been some cocktails and some celebration. It was very late in the evening. The constitution actually went missing for a few days. And no one knew where it ended up but one day a staff member at the Capitol just opened his top drawer and it just happened to be sitting there. So a crisis was averted.

Alford is an independent journalist based in Baton Rouge, La. He is the co-author of "Long Shot" about Louisiana's 2015 governor's race. Alford is also the publisher of "LaPolitics Weekly" and "The Tracker".