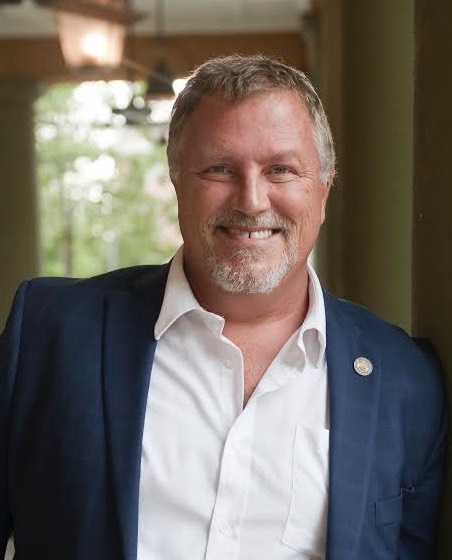 The following is a transcript of a portion of this podcast episode. Julie O’Donoghue interviews Rob Anderson, a Democratic candidate for Congress in Louisiana’s 3rd District. Anderson is running against Republican incumbent Clay Higgins.

Julie: If elected, Anderson says his top priority would be to get infrastructure funding.

Anderson : Our infrastructure in Louisiana — and I can say as one who has lived all over the country — we are not a first world country in most of this state. Our infrastructure is lagging behind — woefully lagging behind — a lot of the country. From the hurricane that just passed, Hurricane Laura, my own house was one of 600,000 that got knocked out of power. And we were without power at my house for three weeks. And when we replaced all these power lines — because we did, we had to redo almost the entire electrical grid here in Southwest Louisiana — we didn’t update it. And it’s that kind of thing that drives me nuts.

Julie: Anderson is particularly concerned about the lack of broadband access in Louisiana’s 3rd district — which roughly runs from Acadiana to Lake Charles.

Anderson: Where I live up north of DeQuincy, we just got DSL last December, right after Christmas. We hadn’t had any form of high-speed internet up there until then. And this is in 2019, almost 2020 at the time, in the United States. Over here in Lafayette, you have LUS fiber — some of the best, high-speed internet in the world. And on the other side of the district, there’s a lot of people who are now being asked to homeschool during a pandemic, for example, who don’t have high speed internet. And it’s that kind of infrastructure that I think separates a successful, thriving district from just kind of a straggling along…. We shouldn’t be a poor district, but we are. Twenty-five percent of the country’s oil and gas flows through Louisiana, there’s no reason that we should be a poor state. We’re not.

Anderson is a DeQuincy resident who previously worked in information technology, construction and home building. He is challenging Republican Congressman Clay Higgins in the election on Nov. 3.