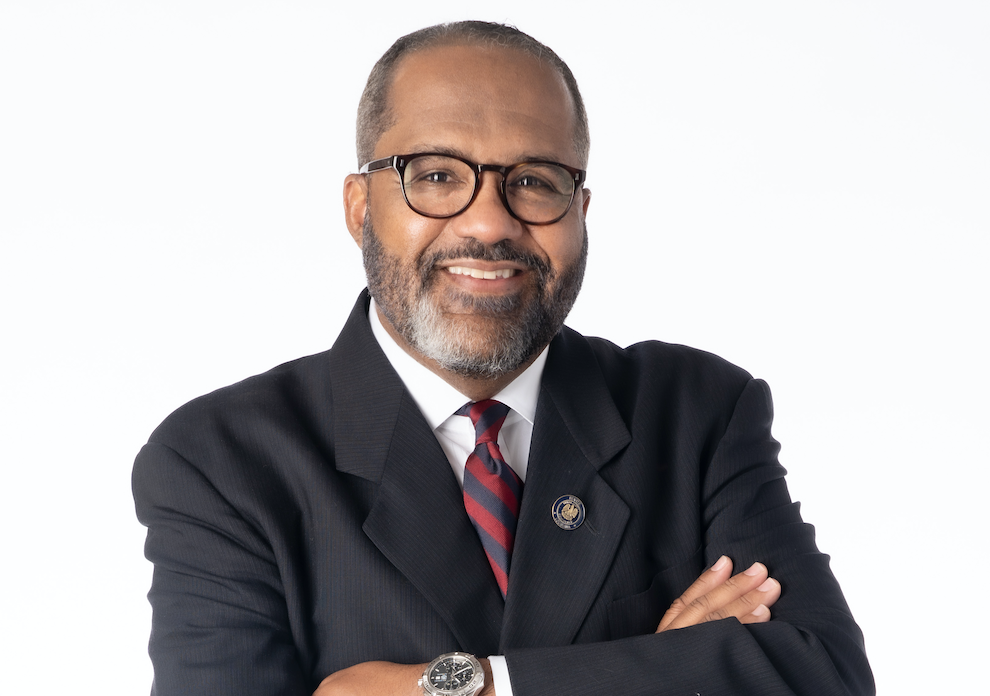 Below is a transcript of an excerpt of this podcast episode. Julie O’Donoghue interviews Democrat Troy Carter, who is running for Congress in Louisiana’s 2nd Congressional District. Carter currently represents New Orleans, Jefferson Parish and Plaquemines Parish in the Louisiana Senate.

Julie: Carter was first elected to public office in 1991, when he was in his late 20s. He went to Baton Rouge as a state representative in the Louisiana Legislature, and he made a name for himself as a defender of gay rights during the HIV/AIDS epidemic.

As a new and young representative, Carter filed the Louisiana’s very first bill to prohibit discrimination against lesbians and gay people in the workplace. In the early 1990s, many people were interested in gay rights because of a personal connection. They were gay, or they had a family member or personal friend who was gay. But Carter says that wasn’t the case with him. He says he just felt like he understood what it was like to be marginalized.

Carter: You know, as an African American man, I know what it’s like to be discriminated against. You know, I know what it’s like to be ridiculed because of your differences or because you don’t fit into what the scope of the people decide is normal or right. I think there’s no such thing as normal or right or fitting in. Everybody is who they are, and that’s just what it is. And I’ve always believed that.

Julie: That gay rights bill that Carter first filed ended up dying on the House floor. In fact, 30 years later, in 2016, Carter sponsored essentially the same legislation as a state senator. The only major difference was he added protections for transgender people. Here he is arguing for that bill in the Capitol five years ago:

Carter: I’ve got two sons. I love them both. At some point, they are going to make me a grandfather. I don’t know what the good lord will bless me with. But I do know it will be my grandchildren and if they happen to be gay, lesbian or transgender, I’d want them to be able to go into the workplace and apply for a job and be judged purely on their capabilities – purely on the training and education that they’ve obtained to do the job. And not based on one’s perception of their sexuality.

Julie: This updated version of Carter’s bill died as well.

In fact, Louisiana lawmakers never voted to extend workplace protections to the LGBTQ community until the issue was essentially moot. The U.S. Supreme Court ruled in 2020 that employers cannot — for the most part — discriminate against LGBTQ people.

The justices provided the same sort of protections Carter had been seeking in his legislation.

But in the interim, Carter did pass some pro-LGBT measures as a member of the New Orleans City Council in 1990s and early 2000s. He helped create a domestic partnership provision for city workers — which helped couples access each other’s benefits before same-sex marriage became legal.

He also helped get protections for transgender people added to the city charter.

And in general, he helped beat back some bad legislation filed at the state level. In the 1990s, there was a lot of panic around HIV and AIDS. It spurred homophobic proposals, including a bill that would have called for people with HIV or AIDS  in Louisiana  to be branded witn a tatto.

LGBTQ advocates say Carter was always an ally, even decades ago, when it wasn’t so popular. Several of them have endorsed him — and agreed to do campaign spots ahead of this weekend’s election.

Carter served in the Louisiana House of Representatives from 1992 through 1994. He then joined the New Orleans City Council where he served from 1995 to 2003. In 2015, he was elected to the Louisiana Senate, where he currently serves. Carter grew up in Algiers on the West Bank of New Orleans and is a graduate of Xavier University.