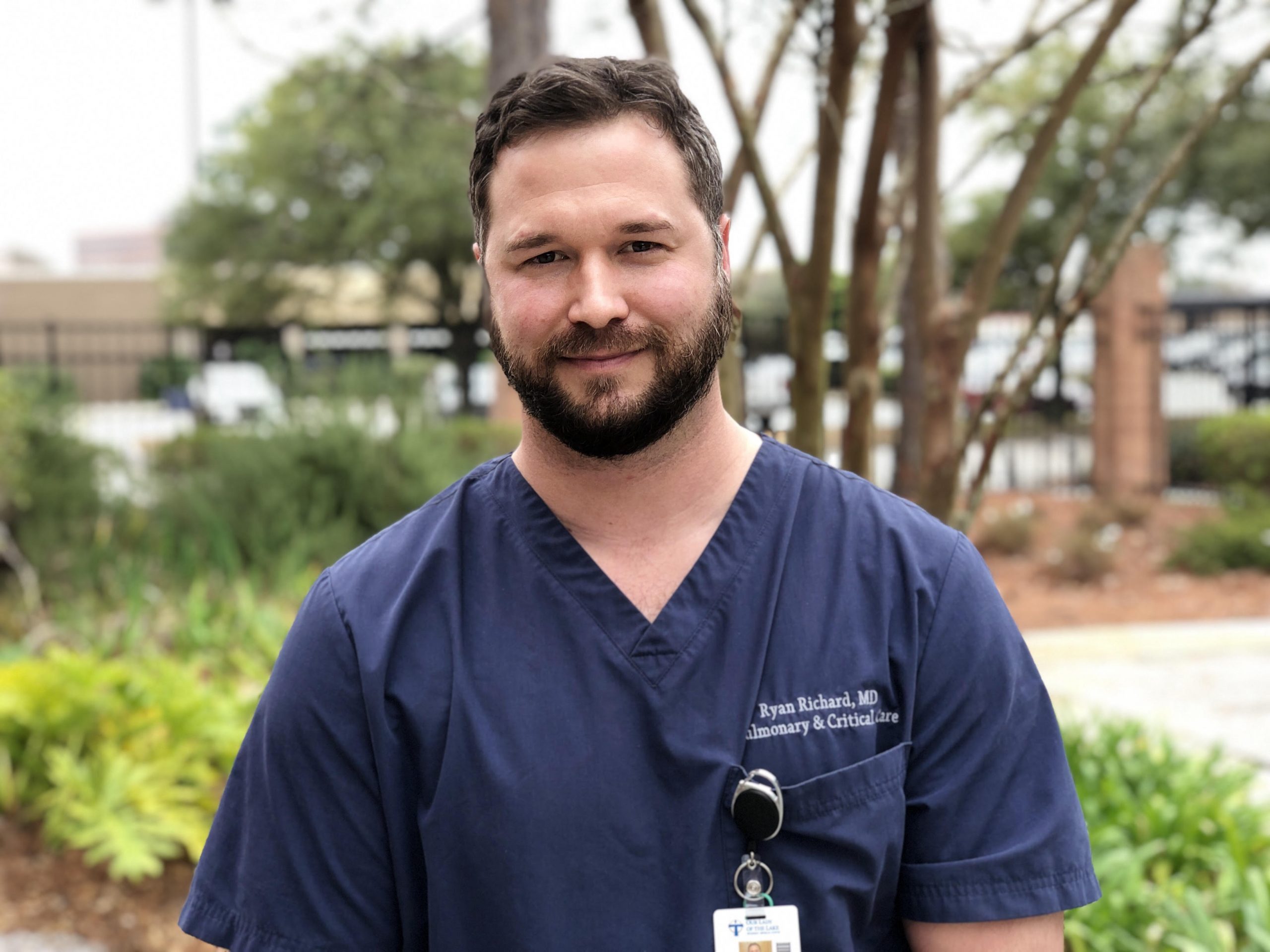 Below is a transcript of an excerpt of this podcast episode. Julie O’Donoghue interviews Ryan Richard, a critical care and pulmonary doctor who has been treating COVID-19 patients in the intensive care unit. Richard works at Our Lady of the Lake hospital in Baton Rouge.

Richard: The people that have ended up [in the ICU] in this third wave are kind of in one of two camps. Number one, they’re surprised maybe to be here. They maybe didn’t realize what COVID was – or they maybe thought that things were better. And the other camp were people that did everything that they were told to do: They’ve worn masks, they’ve socially distanced and they’ve stayed away. And then they, in a way, let their guard down and just little small things — they’ve gone out into the community and they’ve gotten COVID.

Julie: Richard gets it. It’s hard to take COVID seriously when there are so many people who don’t get very sick.

Richard: So some of these people have seen people with COVID that essentially had a common cold, and some of them will go out there and say ‘I’m really not worried about it. I’ve seen a few people with it, and it’s not that bad. Everybody should probably just get it.’ And they haven’t had the unfortune of seeing what we’ve seen – you know – for the last 10 months in that the unpredictability of this virus has probably been the thing that caused it to last for so long and caused this trouble.

Julie: Richard knows from personal experience how a person can get complacent.

Richard: I caught COVID during the beginning of May during the kind of the middle to second half of the first wave. At that point, I had been in the COVID unit for about six weeks and we had seen these patients every day. And I personally thought that I’ve been around it this thick into it, I’m probably not going to get it. I didn’t drop my guard or anything, but eventually it happened, and I caught COVID. At that time, my wife and my kids had been away for about three weeks, and they had lived with her family. And then she decided ‘Look we can’t keep doing this. We don’t know how long this will go.’ So she moved back home with the kids and three weeks later I got it. Well, unfortunately but fortunately, my wife got it too and her symptoms were minimal. She had  a sore back for a couple of days and lost her sense of smell and taste for a few days, but that was about it. And I was a little bit sicker than that, I had low oxygen levels for about a week and got sick enough that I was coughing up some blood. So just within my family, you could see how it could cause minimal symptoms in one person and relatively severe in another.

Richard graduated from LSU Health Sciences Center in 2012 and completed his residency with LSU in 2015. He was also a fellow in pulmonary medicine and critical care medicine at the University of Virginia until 2019. Prior to going to medical school, Richard played on LSU's baseball team.