Louisiana Rep. Ray Garofalo, R-Chalmette, the chairman of the House Education Committee, introduced a bill that would prohibit Louisiana’s elementary and secondary schools as well as universities from providing training or teaching on systemic racism and sexism in society.

If passed, the legislation would prohibit teaching or training that “either the United States of America or the state of Louisiana is fundamentally, institutionally, or systemically racist or sexist.” Critics have called the bill “very harmful” and said it “would damage growth and development of all of Louisiana.”

Rachel Holland, a spokesperson for LSU, said the university is “aware that this was proposed,” but declined to comment on whether the university was concerned about the legislation.

LSU and other universities have spent much of the past year trying to combat racism in the aftermath of the death of George Floyd, a Minneapolis man killed by a police officer on camera, and the rise of the Black Lives Matter movement.

LSU recently agreed to rename its main library after students complained that the former namesake, Troy H. Middleton, enforced racist policies at the university. The school also elevated its African American studies program to department status this year which gives it more resources and status.

LSU, in particular, is having a major reckoning in with sexism and violence against women on campus.

A USA TODAY investigation exposed systemwide failures at LSU with regards to sexual misconduct, rape and domestic violence. On March 5, the Husch Blackwell law firm released a 150-page report that concluded that LSU hadn’t spent enough money or made enough of an effort to combat sexual misconduct.  The report says the university had been warned several times over the years that it needed to devote more resources to that cause.

The report highlights instances when LSU officials purposefully hid information about sexual misconduct — or created a system which made it difficult for the university to adequately track it. This happened in multiple cases over several years and involved officials from the president’s office to the athletics department.

Interim LSU president Tom Galligan said in a statement Monday afternoon the university’s new Title IX and Civil Rights office, which will handle sexual misconduct cases, is now up and running. Galligan said the university is also bringing in a new organization to perform anti-sexual misconduct training, Sexual Trauma And Response [STAR], which is based in Baton Rouge.

“Through our partnership with [STAR], we are developing enhanced employee training on how to respond to students who disclose dating and/or sexual violence with fairness, dignity, and respect, in accordance with their legal rights,” Galligan said in the statement.

However, Racheal Hebert, president and CEO of STAR, said Garofalo’s bill could make her organization’s plans for LSU more difficult because it “works against STAR’s priorities.”

STAR has been working with universities, she said, to “develop better training and develop better policies and procedures that address sexual misconduct,” but that training includes conversations about gender stereotyping and toxic masculinity — which this bill could prevent their organization from talking about.

“The ways in which boys and girls are socialized differently and the way those different socializations, specifically around sex, increase dating violence, domestic violence and sexual violence” are other important topics STAR may not be allowed to talk about if the bill passes, Hebert said.

“This legislation would really compromise the work we’ve already started,” she said. “Not just on college campuses, but on any K-12 education.”

Mike McClanahan, president of the NAACP Louisiana State Conference, also opposes the legislation. He said the NAACP have made an active effort to have “an open dialogue” about racism in the United States and Louisiana, and if this bill passes, “I will have my name on the first lawsuit against it.”

“Racism is about as old as this country,” McClanahan said. “And we’re trying to shine a spotlight on all of the racism, bigotry and hatred that exists in America”

This bill, McClanahan said, “would damage the growth and development of all of Louisiana” because if the state’s students never learn about racism in its past and present, then they won’t know how to fight against it “and make the playing field level.”

In February, LSU’s Reilly Center for Media & Public Affairs prepared to host an online discussion of the book “The Religion of White Rage: White Workers, Religious Fervor, and the Myth of Black Racial Progress.”

Garofalo then questioned the “White Rage” discussion in a letter to Louisiana Higher Education Commissioner Kim Hunter-Reed. He asks what “system” needs dismantling and if the panel and series reflect higher education’s official position.

According to The Advocate, Galligan told Garofalo that this was an academic discussion, part of a series, and as such didn’t represent any position taken by the university.

“As long as the university and the Board of Regents don’t take a position on those issues, then I’m okay. If they did, we would have to look into it some more,” Garofalo said in February. 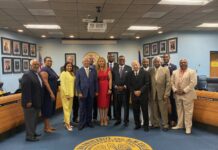 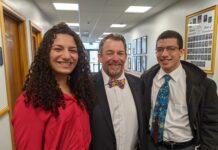 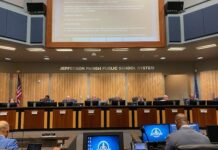