The officials who run Louisiana’s Department of Corrections are looking at whether any federal funding included in a recent COVID-19 relief package passed by Congress could be used to install air conditioning in state prisons.

Concerns over inmates’ well-being doesn’t seem to be what’s driving the conversation over air conditioning. Department of Corrections Secretary Jimmy LeBlanc told state lawmakers Tuesday that the extreme heat is making it harder for the prison system to hire and retain correctional officers.

Thomas Bickham, who oversees the finances of the state prison system, said the federal government has made some money available for one-time infrastructure upgrades in recent weeks that his agency hopes to access. The state could argue that air conditioning would help the prison system handle any future outbreak of COVID-19 or another health crisis in the future, Bickham said.

All Louisiana prison complexes have air conditioning in some parts of their facilities — such as in the infirmaries, nursing home wards and most cafeterias — but many aren’t cooled in the areas where inmates sleep and live.

The state fought a lawsuit for years brought by death row inmates over temperatures that reached over 100 degrees in their cells in the summer months. As of 2016, the state had spent over $1 million fighting the installation of air conditioning on death row in court, according to the Associated Press. Self-harm among inmates also rises as temperatures climb in prisons, according to a study by the Vera Institute of Justice.

But it’s the comfort of correctional officers — not inmates — that appear to have caught the state officials’ attention.

Louisiana prisons are chronically understaffed and the system currently has 600 vacancies for correctional officers jobs. LeBlanc and others blame that in large part on low pay. Entry-level staff members make around around $26,000 per year — well below the Southern states’ average salary for that job — and can qualify for food stamps if they have a family.

But the extreme heat inside prisons is also a factor in staff quitting, LeBlanc said Tuesday.

Some prison staff members have to change their uniforms two or three times per 12-hour shift because their sweat soaks completely through it, he said.

“I think it’s hotter than it used to be” in the prisons, he said in an interview after the hearing.

A private prison not owned by the state — Winn Correctional Center in Winnfield — has been retrofitted with air conditioning, LeBlanc said. The project cost $6 million. Winn housed Louisiana state prisoners until recently, but now almost exclusively keeps immigrant detainees for U.S. Immigration and Customs Enforcement. LeBlanc said the federal government would not put detainees into the Winn facility until it had air conditioning.

Louisiana’s prison system has typically pushed back on criticism that the lack of air conditioning in its facilities is cruel and untenable. Less than two years ago, the Department of Corrections spokesman Ken Pastorick told the Advocate the prisons were built to have good ventilation without controlled air. Pastorick also told the newspaper that inmates with heat sensitivity were given extra showers and more wet towels when the heat index rose.

But LeBlanc has acknowledged in the past that the prisons — which were all built over three decades ago — would be more comfortable with air conditioning. He’s just always said it was too expensive for the Department of Corrections to install.

In recent years, Louisiana has struggled with budget cuts — and prisons aren’t typically a popular place to make investments. Legislators, on the whole, would rather spend infrastructure money on roads and bridges.

This state budget cycle though, Louisiana is expected to have far more money — thanks to a few federal COVID-19 relief packages — than it has seen since the aftermath of hurricanes Katrina and Rita. Lawmakers in charge of the budget also want to make one-time infrastructure upgrades a priority. Air conditioning in the prisons would fit into that category. 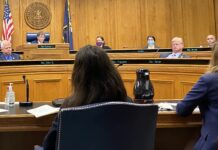 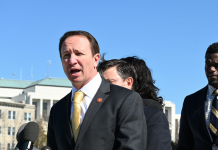