In a Monday letter to the Oregon State University Board of Trustees, LSU Board of Supervisors Chair Robert S. Dampf says former LSU President F. King Alexander lied when he said Husch Blackwell, a law firm investigating LSU’s systemic indifference to sexual crimes during Alexander’s tenure, didn’t offer Alexander an interview to tell his side of things.

Alexander made that claim during testimony to OSU’s board Wednesday, March 17.

“In actuality,” Dampf writes, “Alexander was twice invited to be interviewed and instead communicated… that he would only accept questions in writing.”

“In the pursuit of the truth, Husch Blackwell diligently collected information amounting to 2,500 documents totaling 75,000 pages and more than 60 interviews with LSU employees plus 27 community outreach interview sessions with 10 participants per session,” Dampf writes. “But they only had one and a half pages of responses from Dr. Alexander.”

The Oregon State board demanded an explanation from Alexander after Husch Blackwell released a 150-page report that highlighted instances when LSU officials purposefully hid information about sexual misconduct — or created a system which made it difficult for the university to adequately track it. Alexander served as president at LSU from 2013 to 2019.

Despite Alexander’s claims that he had been hampered by budget cuts and an LSU board that was overly protective on its sports programs, the Oregon State  board put him on probation and called for further investigation.

In Dampf’s letter, he says he is “beyond offended” by Alexander’s “arrogant and condescending comments” that “Louisiana has a different moral standard than Oregon.”

“I think it’s a fair assessment to say that most Louisianans are, at their core, very similar to most Oregonians,” Dampf said. “They work hard, raise families, and look to their land-grant universities to educate their children while extending.”

Oregon Gov. Kate Brown’s office has released a statement last week saying if a review the board has launched “confirms that President Alexander did not uphold his ethical and legal responsibilities to protect the safety of the students at LSU,” expects OSU’s board to “take decisive action to remove him.”

The Louisiana Senate Select Committee on Women and Children will hold a second hearing on sexual misconduct in the state’s higher education system March 26, and when the chairwoman of the committee, State Sen. Regina Barrow (D-Baton Rouge), announced the meeting Friday, she said the committee would invite Alexander to speak to the committee. 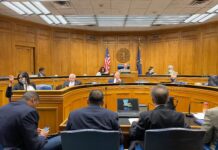 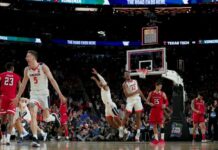 Is it safe to open Tiger Stadium and the Superdome?