A legal dispute over the so-called “wealth test” for immigrants died in the United States 4th Circuit Court of Appeals on Thursday after the court denied a motion by Louisiana Attorney General Jeff Landry and other Republican state AGs that would have kept alive an appeal of a lower court ruling that blocked the policy.

Landry, along with AGs from Alabama, Arizona, Arkansas, Indiana, Kansas, Kentucky, Mississippi, Montana, Ohio, Oklahoma, South Carolina, Texas and West Virginia, had moved to intervene as defendants in the case to appeal a nationwide injunction that blocked enforcement of the 2019 public charge rule.

The public charge rule was a Donald Trump-era immigration policy that required immigrants in the U.S. to prove they could financially support themselves and would deny visas or green cards if the government found them to be relying or at risk of relying on Medicaid or other public assistance.

The “public charge” term was first included in U.S. law in the early 1880s when the government started regulating immigration, including banning most Chinese immigrants under the premise that they “endangered the good order” of American communities.

According to a 1999 Interim Field Guidance, a public charge was defined as a person likely to become primarily dependent on the government for income support such as welfare or long-term care. Trump’s 2019 rule redefined public charge to refer to as a person who has received or is likely to receive any number of public benefits for more than an aggregate of 12 months over any 36-month period. Each benefit used counted toward the 12-month calculation. For instance, if an applicant received two different benefits in one month, that counted as two-months’ use of benefits. Benefits that counted under the Trump rule — but not under the 1999 Interim Field Guidance — included Medicaid, Supplemental Nutrition Assistance Program, Section 8 housing assistance and federally-subsidized housing.

On Monday, the 7th Circuit Court of Appeals also denied the motion by the AGs and dismissed the appeal.

According to a study published last month by the Urban Institute, the Trump administration’s policy intensified immigrants’ reluctance to participate in public programs. Over 13% of adults in immigrant households reported foregoing government aid in 2020 because of fear it would jeopardize their immigration cases, according to the study. 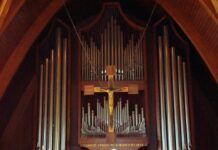 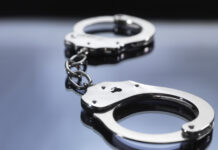