Some lawmakers, after hearing from victims of sexual misconduct and domestic violence at the hands of LSU football players, also said a wider group of people in the Athletics Department might need to be disciplined.

“This just reeks of an organized crime coverup,” said Rep. Aimee Freeman, D-New Orleans. “Something tells me that there were a lot more people who knew about this, and I’m just horrified.”

The Louisiana Senate Select Committee on Women and Children — which held a hearing on higher education sexual misconduct  Wednesday — then issued a formal statement at the end of the meeting that lasted nearly 10 hours. The committee, made up of mostly women, asked LSU to consider more severe punishments for Ausberry and Segar.

Galligan announced Friday that he had suspended Ausberry for a month and Segar for three weeks without pay, but several women lawmakers — both Republicans and Democrats — told him Wednesday that he didn’t go far enough.

“You’re talking about leadership. Lead!” Sen. Karen Carter Peterson, D-New Orleans, told Galligan. “We have to be fair to the people who have been abused.”

Galligan has been resolute that Ausberry and Segar received appropriate punishments, but he didn’t make the decision alone. Galligan said he consulted the LSU Board of Supervisors about the suspensions. The members agreed with Ausberry and Segar’s sanctions.

Still, on Wednesday, there was an indication that at least some members of the LSU Board of Supervisors — which oversees Galligan — might consider stiffer punishments following pushback from the women lawmakers.

Mary Werner, one of two women who sits on the LSU Board of Supervisors, said she personally would consider imposing more discipline after Wednesday’s hearing.

“There is more work to be done,” she said in an interview about Segar and Ausberry’s punishment. “I don’t think the discussion is closed.”

Ausberry did not notify law enforcement or LSU authorities when a football player, Drake Davis, confessed to Ausberry that he had hit Jade Lewis, a woman who had played tennis at LSU. Ausberry has said he didn’t report the incident because Lewis, the victim, wasn’t a LSU student at the time. Ausberry also said Davis immediately retracted his confession, so Ausberry didn’t know if he had to report it to anyone. Davis was later convicted for domestic violence and went on to abuse at least one more woman athlete at LSU.

Segar purposefully left former LSU football star Derrius Guice’s name off a report about a rape allegation made against Guice while he was a student because, she said, she was concerned that a record including Guice’s name might be made public. She also didn’t report several allegations of sexual misconduct made against former football coach Les Miles to the university’s Title IX office, which is in charge of investigating sexual harassment.

Over the past several months, a handful of women have come forward to say Guice raped or sexually assaulted them while he was at LSU. He’s also facing domestic violence charges in Virginia, where he was recently living while playing for the Washington Football Team. Guice has denied the rape allegations.

Miles lost his job coaching football at the University of Kansas this week as a result of his behavior toward female students workers while he was at LSU. Kansas also fired its athletics director Jeff Long. Yet LSU hasn’t fired anyone over the scandal.

Galligan said he chose not to fire Ausberry and Segar because it wasn’t clear to LSU employees, particularly those in the athletics department, how they should report sexual misconduct and domestic violence at LSU until recently.

The women lawmakers weren’t convinced by that explanation.

“I think it’s kind of bull,” said Rep. Paula Davis, R-Baton Rouge, about the punishment given out to Segar and Ausberry.

“Does the punishment fit the crime?” Davis asked. “I think students are going to see this as a slap on the wrist.”

Some victims who spoke at the hearing brought up new allegations and information about sexual misconduct at LSU that had not previously been disclosed.

Lewis, who had been abused by Davis, revealed Guice had also physically threatened her.

Calise Richardson, a former Athletics Department student worker, has been public for months about the physical abuse she suffered from Davis while they were dating as well. But on Wednesday, she also told lawmakers that Guice had attempted to rape her.

Abby Owens revealed for the first time that she is the LSU tennis player who Guice allegedly raped in 2016. She had not been public about her name before Wednesday, though USA TODAY had included her story in some reports without identifying her.

“This is bad, but the full story is way worse,” said Samantha Brennan in reference to the Husch Blackwell report. Brennan has accused Guice of taking a nude photo of her without her consent and passing it around the athletics department.

Several women legislators brought up the fact that LSU — and possibly other campuses — aren’t complying with state laws passed over the last six years to combat sexual violence at higher education institutions.

“My blood is boiling right now on this issue,” said Sen. Sharon Hewitt, R-Slidell. “I would be worried as a mom to send my children to college right now.”

A 2015 law sponsored by former state Sen. JP Morrell, D-New Orleans, and passed unanimously by the Legislature isn’t being followed by LSU, according to Husch Blackwell’s report. LSU’s police department and the university are required to share more information with each other about sexual misconduct cases, but they haven’t been doing so.

Participation in a required university survey which is supposed to glean information about sexual misconduct across public higher education in Louisiana is also notoriously low. It hovers around three to five percent, according to the Associated Press.

Some women lawmakers were particularly concerned that victims of sexual misconduct were denied access to police reports and other documents regarding LSU investigations into the allegations they made.

Sen. Heather Cloud, R-Turkey Creek, asked higher education leaders whether they prevented people who made complaints about sexual misconduct from getting access to documents and police reports about their allegations. Leaders at Southern University system, the University of Louisiana system and the Louisiana Community and Technical College system said students do have access to that information.

Jim Henderson, who is the head of the University of Louisiana system, said those making complaints about sexual misconduct and those accused of sexual misconduct have access to the full investigation materials at the nine higher education institutions he oversees.

Meanwhile, LSU is still fighting one victim, Brennan, over the release of a police report she made about Guice in court.

People in the University of Louisiana system with multi-year contracts — such as coaches and administrators — are also subject to termination if they fail to comply with Title IX reporting requirements, Henderson said.

If those same policies had been in place at LSU, it may have been more likely that Miles would have been fired years ago. 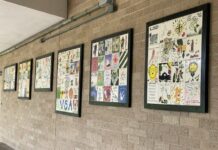