Starting Monday, Louisianans 65 and older are eligible to get the COVID-19 vaccine, making about 1.2 million of the state’s population eligible for vaccination, Gov. John Bel Edwards announced Thursday.

Currently, vaccination is open to residents 70 and older, but by lowering the age threshold, about 275,000 Louisianans will be newly eligible to get the vaccine on Feb. 8. The move means 26 percent of the state’s 4.6 million population will soon qualify for immediate vaccination.

Staff working the state elections in March and April, a unified command group, ASL interpreters and state and local COVID emergency response personnel and law enforcement are also included in the next group eligible for the COVID-19 vaccine. Edwards is a part of that unified command group, so he will receive his first dose next week.

“I’m pretty excited about being able to do that,” Edwards said. “Looking forward to it.”

Teachers and frontline workers are in line to get the vaccine after the Feb. 8 group, according to Edwards and Joe Kanter, Louisiana’s state health officer. Last month, Edwards said the state has outlined groups of people that will be next on the list to receive it when the state expands vaccine eligibility even further. They include people who work for pharmacies, labs, mortuaries, courts, prisons, jails, medical transportation services, homeless shelters, congregate settings, K-12 schools, daycares, food processing facilities, agricultural operations, public transit, the postal service and grocery stores.

As of Feb. 4, about 404,007 Louisianans have gotten at least their first dose of the vaccine while 130,978 residents have gotten both doses.

“We are making progress,” Edwards said. “It is slower than we would like, obviously.”

Officials also talked about how the COVID-19 variants from the U.K., Brazil and South Africa will potentially affect how quickly people can rely on herd immunity.

In the vaccine trials, Johnson & Johnson’s efficacy rate dropped from 72 percent in the United States to just 57 percent in South Africa, where a highly contagious variant is driving most cases, according to the New York Times. The variants may affect how many people need to get the vaccine in order to reach herd immunity. By how much, Kanter said, is still unknown.

But the fear — or potential reality — is that more people may need to get the vaccine to fight against the more contagious COVID-19 variants, Kanter said.

In December, Dr. Anthony Fauci, the nation’s chief infectious disease expert, said the U.S. could reach herd immunity if somewhere between 70 to 90 percent of its population took the vaccine. Now, Kanter said experts do not know how much the math has changed, because it is unknown how much the COVID variants affect the efficacy of the Pfizer and Moderna vaccines — which both had efficacy rates of at least 94 percent. 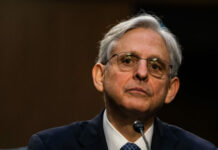 ‘All disasters increase inequity’: A year after the pandemic hit the...

Vaccine makers say a COVID-19 shot could be available in early...