For a long time after the storm, many neighborhoods were without leaves, without flowers, without trees. No color at all: just a brownish gray pallor that perfectly complemented the unrelenting stench of death.

There was no need for anybody who traveled to New Orleans to ask if things had been bad. They could see it, they could smell it. They could take note of the absence of sound.

COVID-19 has picked us off individually and in ways that are not detectable to the general public.  It remains my belief that much of the initial indifference from Republicans in the Louisiana Legislature emerged from the data that showed that their constituents weren’t dying like people in New Orleans were. But some of that indifference can also be attributed to the invisibility of the crisis.

There are no X’s painted on houses to tell us that somebody who lived in that house has died.  There are no photos and videos of people begging for help. All we get are near-daily fatality updates from state and parish officials.

At a Tuesday afternoon memorial service to remember the 702 people who’d died in New Orleans (the toll grew by six over the next two days) Mayor LaToya Cantrell said that even though the city’s first COVID-19 death happened in mid-March, it was May 5 before she got a list of names of people who’d died. By that day, 453 people in the city had died. Cantrell asked those listening to “imagine going from March to May, not knowing all who had been impacted, only getting to hear a number.  And our people aren’t numbers, the people they’re real, real lives that they lived in our city.”

Cantrell said she has signed cards that have gone out to every family in New Orleans that has lost a loved one to COVID-19. She also said, “Every funeral we’ve learned about we’ve made sure that there’s been a presence there by the city of New Orleans.”

In holding a memorial service, New Orleans was one of the cities joining a national moment of reflection led by Joe Biden and Kamala Harris the day before they were inaugurated as president and vice president. Biden ended the ceremony at the Lincoln Memorial Reflecting Pool with these words: “To heal, we must remember. It’s hard sometimes to remember, but that’s how we heal. It’s important to do that as a nation. That’s why we’re here today. Between sundown and dusk, let us shine the lights in the darkness, along the sacred pool of reflection, and remember all whom we lost.”

Two days before Christmas and nearly 1,300 COVID-19 deaths ago, Edwards said, “It’s hard to wrap our heads around a number this large. It also means as we head into this holiday period, there will be that many empty chairs in homes around dinner tables.”

I recently came across a December 2019 photo where I’m laughing it up with the Rev. William Barnwell, an Episcopal priest who was taught by his family and his community in Charleston, S.C., to be racist and spent his adult life teaching others not to be.

Barnwell, who died March 27 at 81, was the first Louisianian and the first person I knew to succumb to COVID-19. Seeing the photo reminded me of the joy of standing close to others and laughing without masks and without fear of contagion.

We’ll get to those days again, and we’ll remember all the ones we lost. But just because this virus is yet raging doesn’t mean we can’t remember now. 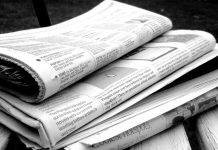 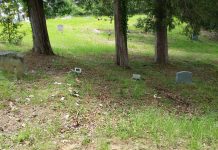