Louisiana is entering its fourth week of COVID-19 vaccine distribution, and the number of people who qualify for the first vaccine shot is tripling. An additional 640,000 people in Louisiana are now eligible to receive the first shot of the vaccines starting Monday (Jan. 4) — bringing the total number of people who are eligible to around 889,000. Louisiana has about 3.6 million residents who are 18 years old and over. Neither of the two federally-approved COVID-19 vaccines has been approved for minors 16 years old and under.

Here are some facts you should know about the state’s vaccination program.

For the first time, many people outside of health care centers will be able to receive it.

This week is the first time a large cohort of people who are not workers or residents in a healthcare facility will be eligible to receive the vaccine in Louisiana.

Prior to this week, the only people eligible for the vaccine were hospital personnel, workers and residents at nursing home and long-term care facilities workers as well as emergency medical services and fire departments personnel.

The state had also started to offer vaccinations to people who work at medical schools and in health care programs at colleges and universities as well home health care workers and their patients.  People who have end-stage kidney disease and the personnel who administer dialysis also became eligible for the vaccine recently.

But now, a large group of people not connected to the healthcare industry will qualify. The state is opening up vaccination to people age 70 and above — regardless of their health status — this week. People who work in ambulatory, outpatient, medical, dental and behavioral health offices are also newly eligible to receive the vaccine this week.

It’s also the first week that the vaccine will be widely distributed via pharmacies — and not just through a hospital, nursing or other long-term care facility.

People ages 70 and above are now eligible — but very few will actually get it this week.

There are about 485,000 people in Louisiana who are age 70 and over, according to Gov. John Bel Edwards, and pharmacies are only slated to receive about 10,000 doses of vaccine this week. That means the vast majority of people who are over 70 won’t be able to get the first dose of the two-shot vaccine this week — even though they qualify for it. There is simply not enough vaccine to go around at this point.

People who are 70 and over are also not the only people who will be able to get vaccinated at a pharmacy this week. Home health care workers, dental office workers and several others can also get their first shot of the vaccine at a pharmacy.

The Centers for Disease Control Advisory Committee on Immunization Practices recommends that people 75 and over should be next in line to start the vaccination process. The governor said Louisiana decided to lower that age threshold to 70 based on data about people who are hospitalized with and die from COVID-19 in Louisiana. Over 68 percent of COVID-19 deaths in Louisiana — 5,167 people — have come from people over the age of 70, according to the Louisiana Department of Health.

Those 70 and over are required to make an appointment with a pharmacy for vaccination.

When Louisiana announced it was opening up the vaccine process to people 70 and over last Thursday, people started lining up outside pharmacies immediately, according to the state health department. The state wants to stress that people will only be able to get the COVID-19 vaccine by calling their pharmacy and scheduling an appointment for the vaccine. People are not supposed to be able to walk into the pharmacy and receive the first dose of the vaccine.

But most local pharmacies won’t have the vaccine this week.

Only about 100 pharmacies will get the vaccine this week. This means that most pharmacies in the state will not carry the vaccine initially. The state is expected to release the list of pharmacies where the vaccine will be offered Monday (Jan. 4) morning.

Pharmacies who can offer the vaccine had to apply to do so and meet extra requirements laid out by the Centers for Disease Control. The state health department said they have tried to pick pharmacies that are spread out across the state and that service different communities.

Louisiana has had some challenges distributing the COVID-19 vaccine. Joe Kanter, Louisiana’s state health officer, said last week that the biggest impetus to administering the vaccine is making sure there’s a plan to make sure no vaccine is wasted. Once vials of the Pfizer vaccine are opened, they have to be used or else they expire. Louisiana doesn’t want any packages of vaccine opened if they can’t all be used — which requires extra planning.

“The biggest challenge is to minimize waste,” Kanter said last week at a press conference. “At the end of the day, the most care has to be given to securing the storage of the doses. We cannot accept any undue loss right now.”

The unpredictability about how much vaccine Louisiana will receive from week to week also makes planning for distribution a challenge. The state doesn’t have more than a week’s notice about how many vaccine doses it is going to receive from the federal government.

Prison guards, grocery store workers, K-12 school employees and others are up next.

Edwards said he’s not sure when the vaccine will be opened up to more Louisiana residents, but the state has outlined groups of people that will be next on the list to receive it. They include: people who work for pharmacies, labs, mortuaries, courts, prisons, jails, medical transportation services, homeless shelters, congregate settings, K-12 schools, daycares, food processing facilities, agricultural operations, public transit, the postal service and grocery stores.

“Essential governmental response personnel,” national guardsmen, federal workers who deal with security and intelligence, first responders who haven’t been covered yet and “essential frontline workers” are also included in this group. It’s expected to include about 319,000 people.

No, the governor has not gotten the vaccine yet. 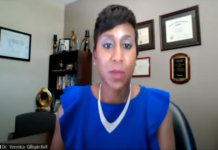 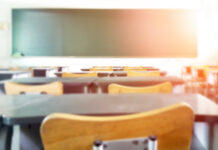