KD Minor’s memories of Christmastime in Calcasieu Parish begin with the smell. “Lots of bonfires,” she said Wednesday. “That smell of burning wood and the Christmas lights down Lakeshore Drive.”  Christmas in Lake Charles, she said, “is when all the kids who left come back.”

This Christmas, though, many families in Southwest Louisiana have nothing to come back to. In August, Hurricane Laura, the most powerful to ever hit the state, landed in Cameron Parish, and six weeks later, Hurricane Delta took a nearly identical path.

Of her mother’s home in Calcasieu Parish, Minor said, “Laura left it standing, and it was livable, and then the second storm came, and the roof was like, ‘Nope, can’t do a second storm,’ and it gave out. There was some hope at first. Anything that was spared was kind of ruined during the second storm.”

The entire country is having to figure out how — or even if — to celebrate Christmas after they’ve lost their loved ones and their jobs because of the novel coronavirus pandemic and officials are discouraging Americans from traveling. Louisianians have to deal with those virus-related concerns, and on top of that, many are also having to figure out how to do Christmas without a home.

Illuminator reporter JC Canicosa notes that 1,006 Louisianans displaced by the storms were still living in hotels as of Dec. 22. And as many as 18,213-plus residents were in some kind of shelter at some point.

Minor, who has lived in New Orleans for 10 years and has a background in community organizing, has been acting as a kind of Santa Claus for the folks back home since the day before Hurricane Laura made landfall. She created a relief effort called “Forever Calcasieu” that puts small cash contributions directly into the hands of people who need help.

“There are still a lot of people, not only displaced, but there are people who are just leaving shelters, she said, “And so, there are people with no permanent address anymore…. Lake Charles was very stable, and it was very predictable. It was comfortable, it was familiar, and so once they were uprooted, you know people are scrambling for that sense of safety and security once again.”

“Forever Calcasieu” began Aug. 26 when Minor gave her family money to evacuate because she knew they’d otherwise be stuck. She realized she had enough to help two or three more families “and it just kind of snowballed after that.”  On Twitter she wrote about the help people needed to get away from the storm “and my small contribution just blew up.”  She got so many donations of the $5- and $10-variety, she said, that she was able to disburse $1,000 to people who needed help getting out of Laura’s path.

To date, Minor said, “Forever Calcasieu” has raised $50,000, and using cash-transfer apps, she has put that money directly into the accounts not only of people needing gas, but also people who were hit by unexpected parking fees at hotels, or who realized they’d be charged extra if they brought their pets. Since then, it’s been helping people meet the random expenses they encounter while trying to piece their lives back together during what Minor says her friends call the “hurricanedemic.”

What do her folks back home need?  Everything, Minor said.

One might assume that when everybody’s suffering donations plummet, but generosity isn’t a function of wealth as much as it’s a function of compassion. People most familiar with pain rush to alleviate pain in others. After Hurricane Katrina, women in Uganda earning $1.20 a day breaking up rocks, pooled together their wages to send $872 to those needing help.

Minor said she prizes her integrity and appreciates that so many have trusted her to fairly distribute their donations, but she understands, she said, if people would prefer to give to an established charity. She said the SWLA Center for Health Services and the Democratic Socialists of America in SWLA have done great work assisting people in need.

With fewer people traveling, many of our homes are emptier than we’d like this Christmas, but it’s important to remember that others don’t have homes at all and that there’s no better time to be generous than now.

You can donate to Forever Calcasieu here.

You can donate to SWLA Center for Health Services here.

You can donate to the DSA SWLA – Lafayette – Lake Charles here. 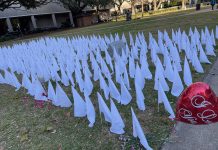 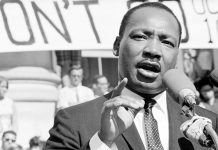 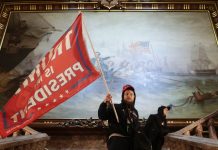