Reports of internet crimes against children in Louisiana are up significantly since last year, according to records from the Louisiana Attorney General’s office, but those records show the increase isn’t nearly as dramatic as Attorney General Jeff Landry has claimed.

Landry’s office received 2,308 reports of online sexual predators in 2019, and as of Dec.15, had received 3,162 such reports, a 37 percent increase. In a Nov. 23 press release that called the extra reports a consequence of Gov. John Bel Edwards’ public health restrictions, Landry said cases had jumped 200 percent.

“Policies have consequences, and one consequence of the Governor’s shutdowns and mandates is an increase of online activity – including internet crimes against children,” Landry said. “Maintaining the status quo when it comes to protecting our children during these perilous times is dangerous and jeopardizes the safety of our communities.”

In that same press release, which announced the arrests of men in Arabi, Marrero and Tallulah, Landry said, “Since the COVID-19 public health emergency was declared, the Louisiana Bureau of Investigation’s Cyber Crimes Unit has seen a 200% increase in online sexual predator cases.”

It is unclear how Landry supports his claim of a 200 percent increase. If reports of internet sex crimes had increased 200 percent, that would have meant the number of reports had tripled. A spokesman for his office, Cory Dennis, said, “The increase referenced relates to this year pre- and post-pandemic.” But the monthly “cybertip” numbers provided by Landry’s office don’t show a 200-percent increase occurred this year. Landry’s office did not respond when asked what specific numbers were used in the calculation.

According to those monthly figures provided to the Illuminator after a public records request, the attorney general’s office got 175 reports of online sexual predators in January, 162 in February and 308 in March. Gov. Edwards ordered schools closed on March 13.

The attorney general’s office refers to the reports as cybertips, which it defines as “information indicative of child exploitation that is being downloaded or sent/received on the internet.”  Not all cybertips lead to an arrest.

“While understaffed and overworked, my team and our law enforcement partners continue working tirelessly to find and apprehend criminals who produce, possess, or distribute sexual abuse images and videos of children,” Landry said in that Nov. 23 press release.

Louisiana has seen a 200% increase in online sexual predator cases during the #COVID19 pandemic. President Cortez appears to be content with maintaining the status quo to fight this surge! #lalege #lagov

In touting his own office’s efforts to protect children, Landry has even attacked one prominent Republican. At a Nov. 20 meeting of the Joint Legislative Committee on the Budget, Senate President Page Cortez agreed with Rep. Aimee Freeman (D-New Orleans) that the committee should delay by 30 days a decision on Landry’s request to use $700,000 in his budget to cover new salaries at his office. Freeman wanted more information from Landy’s office before the committee approved the request, and though she made the motion, the attorney general blasted Cortez on Twitter.

“Louisiana has seen a 200% increase in online sexual predator cases during the #COVID19 pandemic,” he tweeted. “President Cortez appears to be content with maintaining the status quo to fight this surge!”

Though numbers from Landry’s office don’t support his claim that cases have spiked 200 percent, there does appear to be an increase in online crimes targeting children, and the U.S. Justice Department thinks the pandemic is contributing to it.

In remarks she delivered at a Columbia Law School virtual event, Assistant U.S. Attorney General Beth A. Williams, who develops high-priority policy initiatives for the department’s Office of Legal Policy, said, “When it comes to online child exploitation, COVID-19 is making an ongoing crisis even worse.”

Williams said specific connections between the pandemic and online child sex abuse are difficult to assess but pointed to several possible factors such as an increase in online activity and disruptions to normal childcare that have left kids less supervised “because parents and guardians must leave for work or spend hours teleworking.”

Louisianians who suspect someone of committing a crime on the internet can report those suspicions to the Louisiana Attorney General’s Office at 1-800-256-4506. 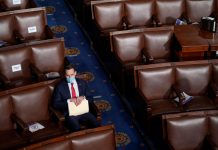 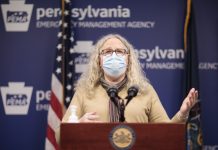 Louisiana House passes bill that would punish jurisdictions that cut their...