The Louisiana Supreme Court on Monday vacated a November ruling from a Baton Rouge Judge that said it was unconstitutional for the Louisiana House, by itself, to use a petition to end the governor’s COVID-19 restrictions.

The court sent the case of Edwards v. House of Representatives, et al. back to Judge William Morvant in the 19th Judicial District Court in Baton Rouge because, the court ruled, Morvant ruled on the constitutionality of the law allowing a petition before determining if the members of the House had properly followed that law.

“Because the district court failed to determine whether the House Petition was in compliance with the applicable statutory requirements, we find the district court acted prematurely in reaching the issue of constitutionality,” the Supreme Court said in its decision.

In October, 65 of the 68 Republicans in the Louisiana House signed a petition ordering a 7-day suspension of the statewide public health emergency and all its coronavirus restrictions. Gov. John Bel Edwards, a Democrat, filed a lawsuit which claimed that the law allowing the petition process was unconstitutional because it would allow a single chamber to override a gubernatorial action.

That statute, Title 29, Section 768(B), states in part, “The Legislature, in consultation with the public health authority, by a petition signed by a majority of the surviving members of either house, may terminate a state of disaster or emergency at any time…Thereupon, the governor shall issue an executive order or proclamation ending the state of disaster or emergency.”

Gov. Edwards also argued that the House members failed to properly consult with the Louisiana Department of Health and, in fact, pushed through a petition that the health department doesn’t support. According to the Supreme Court’s decision, Judge Morvant should have decided if the House members properly consulted the health department before addressing the overall constitutionality of the petition.

Attorney General Jeff Landry, a Republican whose office is representing the Louisiana House, issued a press release Monday that framed the state Supreme Court’s decision as an endorsement of the House petition.

“Today’s action by the Supreme Court maintains that Louisiana is not a dictatorship,” Landry said. “No elected official, including the Governor, can ignore or reject the checks and balances that underpin our government.”

However, the Supreme Court made clear that its decision was merely technical.

“While we acknowledge this case presents some novel issues which are important to the citizens of our state, we find it is unwise to depart from this bedrock principle of orderly statutory interpretation,” the court ruled. “Rather, it is critical a case must reach this court in the proper procedural posture to warrant our review of a ruling on constitutionality… Accordingly, pretermitting the merits, we must vacate the judgment of the district court and remand the case to the district court for further proceedings consistent with this opinion.”

Though the Supreme Court says now that Judge Morvant skipped a step, as he was making his ruling Nov. 12, he indicated he was rushing the case forward on purpose.  “I’ve never kidded myself to think that whatever decision I make here will be the final decision,” he said then. “I know the ultimate decision is going to be made by the state Supreme Court and I would like to get y’all there as quickly as possible.”

“As we have always maintained, the Legislature did not properly consult with the public health authority before moving forward with its irresponsible and ill-conceived petition to deny that a public health emergency exists in Louisiana,” the governor’s executive counsel, Matthew Block, said in a statement Monday. “Nothing about the Supreme Court’s decision changes the fact that the mitigation measures remain in place and that they remain as important as ever. The Governor is confident that when the Supreme Court does ultimately hear the case, it too will uphold the Governor’s orders.” 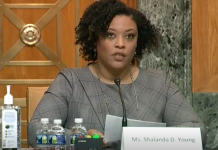 Governor Edwards wins in one federal court, takes the stand in...