For its first full COVID-19 semester, Louisiana’s colleges give themselves a passing grade

Next semester likely to be rougher, expert says

With the first full COVID-19 semester essentially behind them, universities across Louisiana are giving themselves high marks for keeping infection rates down among the students, faculty and staff members that live, teach and work on their campuses. Most of the state’s college students have already said goodbye to campus for the fall semester. Universities adjusted their schedules so students wouldn’t have to return after Thanksgiving break.

According to Dec. 8 data from the Louisiana Department of Health, a total of 5,977 students attending on-campus classes across the state were infected with COVID-19.  In addition to that,  821 faculty and staff working on-campus, tested positive for COVID-19 during the semester. There is no readily available data that indicates how many students total lived on campus during the semester or how many people taught or worked on campus. But university officials say they did a good job keeping their infection rates down.

However, one Louisiana expert warns that the success campuses had this semester could be fleeting. About 200,000 Americans a day are now testing positive for COVID-19, and LSU’s Rebecca Christofferson, a professor who specializes in virology and infectious disease transmission, said campuses making plans for January “may have to look twice at whether or not we reopen.”

But for now, campus officials are reviewing their performance this semester.

Tulane reported 1,374 positive tests among their students, and while no other campus in the state reported as many, no other campus conducted as many tests as Tulane. The university required its students to test negative for COVID-19 before moving onto campus for the fall semester and employed a universal surveillance system, which, according to the university’s executive director of public relations meant “we regularly test all students, faculty and staff both symptomatic and asymptomatic.” The result, Michael Strecker said, was that Tulane “conducted more than 150,000 tests” and kept its “positivity rate substantially lower than both the city and state throughout the fall semester.”

In a Nov. 19 column in The Advocate, statistician Jeff Asher said that for the first half of November, Tulane accounted for 13 percent of all COVID-19 tests conducted in Louisiana and that the university is “likely the single largest source of COVID tests in the state in recent months.”

A Tulane official told Asher that “there is a lag in reporting between our dashboard and that of the city and state,” which, in this case, means that the 1,374 positive cases Tulane has reported on its website is 111 more cases than have been reported on LDH’s dashboard.

At LSU, which reported 1,369 cases, five fewer positive tests than Tulane despite having almost four times as many students, interim President Tom Galligan said he’s generally pleased with the reported numbers, but, “I wish we had experienced more robust testing.”  (LSU’s dashboard shows 102 more cases on its dashboard than LDH’s website does.)

LSU didn’t require testing for its students, but Galligan sent out a letter to students in October asking them to get tested once a month. Free testing was available on-campus to anyone who wanted to get a test. All LSU students and staff were expected to check in with a phone app daily and report whether they had experienced any of a list of coronavirus symptoms.

In September, LSU announced that it would begin measuring the prevalence of COVID-19 on campus by monitoring wastewater from dorms and on-campus apartments for the virus. Galligan said that program had been a great help to the university. For next semester, LSU is “looking at various options for random testing throughout the semester, further enhancing waste water testing, and possible pre-return or at return to school testing,” he said.

But, even as state officials are preparing to roll out a coming vaccine, the beginning of 2021 won’t necessarily be safe for students as the second half of 2020 was, Christofferson said.

“You can’t really predict whether or not it will be safe (to reopen universities in the spring),” Christofferson said. “If we keep seeing an uptick and we’re getting to a place where we’re having a crazy amount of cases per day, the community transmission is on fire, hospitals are super stressed, then we may have to look twice at whether or not we reopen.”

“If we have 10-15 percent positivity and a fair amount of testing going on, I think that will at least warrant a closer look at the patterns of transmission and what we saw with student compliance last semester,” Christofferson said.

On COVID-19 tests conducted between Nov. 26 and Dec. 2, almost 11 percent were positive, the Louisiana Department of Health reported.

Here’s what other Louisiana campuses are saying about their first full semester during the COVID-19 pandemic:

Louisiana Tech University reported 513 of their 10,289 students tested positive for COVID-19. University President Les Guice credited the students, faculty and staff for practicing the appropriate safety measures and “cooperating with testing and contact tracing measures.They are taking their responsibility to our campus and community seriously, and we appreciate that,” he said. Tonya Oak Smith, executive director of communications for Louisiana Tech, also credited the university’s Student Response Team, which was responsible for contact tracing among the students, for helping “protect the community’s health and safety.” 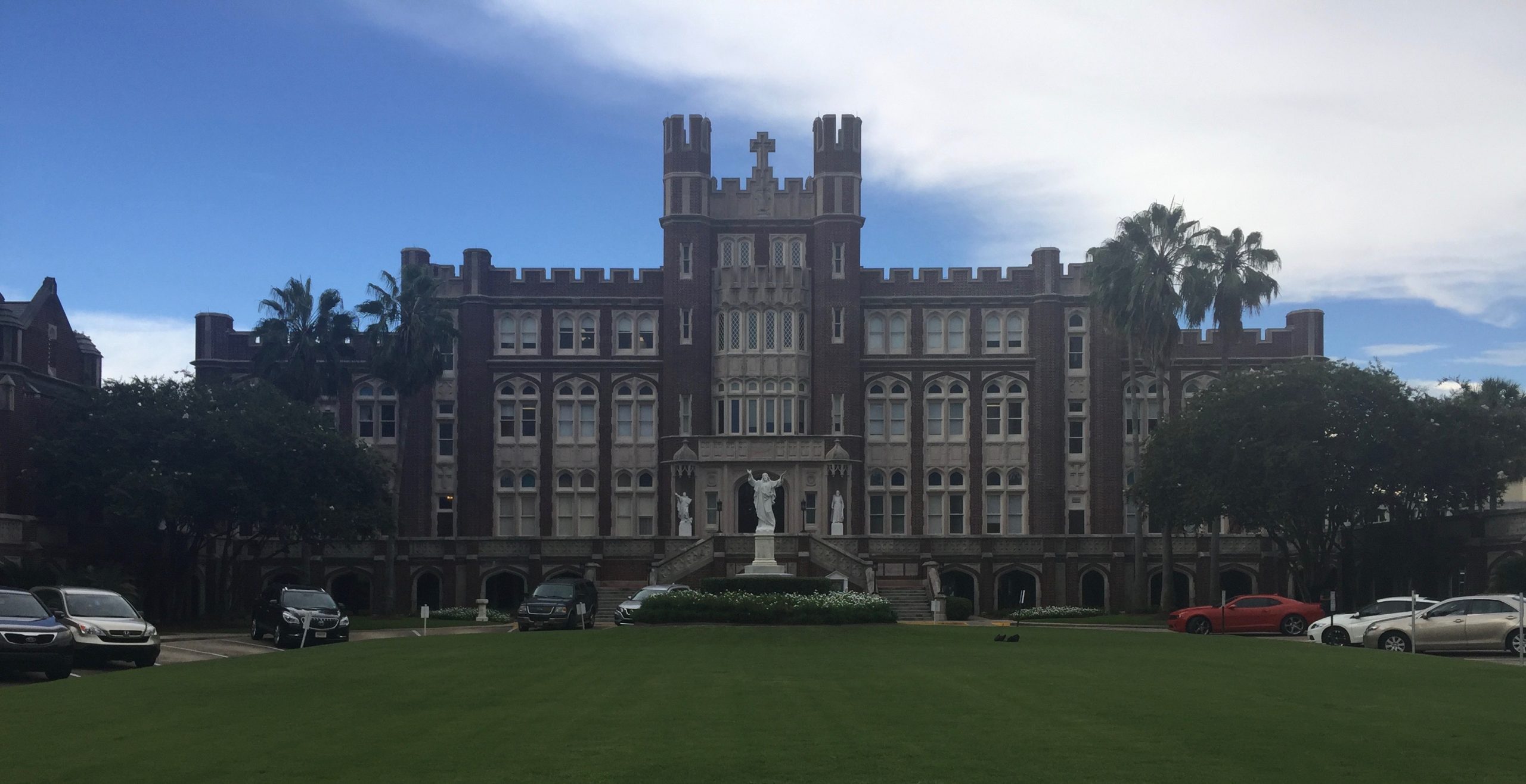 Loyola University New Orleans reported 129 of their 3,188 students tested positive for COVID-19 at some point in the fall semester, which Associate Director of Public Affairs Patricia Murret called a success. Cases at Loyola never went above 1.2 % of the on-campus population, Murret said, and no students ever reported becoming seriously ill.

“We have every reason to be confident that the measures we took to manage this epidemic within our community were effective,” Murret said.

Loyola will continue teaching in a face-to-face/virtual hybrid model with an adjusted academic calendar next semester. Loyola will also implement spring testing before students return to campus and hold community testing, as well as extend testing to anyone who has COVID-19 symptoms throughout the semester. Loyola President Tania Tetlow also recently announced that all students will need to receive a negative COVID-19 test before returning to campus for the spring semester.‌

For its first full COVID-19 semester, Louisiana’s colleges give themselves a passing grade

JC Canicosa is a former Louisiana Illuminator reporter. Prior to working with the Illuminator, Canicosa worked for Investigate-TV and The Loyola Maroon. Canicosa earned a bachelor’s degree in journalism from Loyola University New Orleans. At Loyola, he was the senior staff writer at The Maroon and the president of the school's chapter of the Society of Professional Journalists. Off the clock, Canicosa enjoys playing basketball, watching movies and dabbling in comedy writing.