Two days after Joe Biden officially secured enough Electoral College votes to be declared the next president of the United States, Republican Sen. John Kennedy, sent out a mass email casting aspersions on the integrity of November’s election.  Claiming that there has been “a lot of tomfoolery and a few too many shenanigans with this election,” Kennedy continues by writing, “I’m not saying that something DID happen, but I’m not so sure something DIDN’T HAPPEN.

“I’m thinking we may need to take a second look at those ballots and the legitimacy of this election,” he said.

Kennedy doesn’t specify what tomfoolery and shenanigans he believes occurred, and his office didn’t respond to a request from the Illuminator for comment.

California certified the results of its election Friday, pushing Biden’s official total of Electoral College votes to 279, nine more votes than the 270 he needed for victory.

The same day of Kennedy’s email, the Associated Press counted about 50 cases that the Trump campaign or his supporters have filed across the United States challenging the results that left Biden with 306 Electoral votes and 81.2 million popular votes (more than 7 million more than Trump.)  Of those 50 cases, according to the AP, more than 30 lawsuits had been rejected or dropped and “about a dozen” await action. The one Trump victory was in “a Pennsylvania case about deadlines for proof of identification for certain absentee ballots and mail-in ballots,” the AP reports. But that win failed to flip the state from Biden to Trump.

On Monday, there were two more losses for the Trump team. In Michigan, U.S. District Judge Linda Parker, who was appointed to the court by President Barack Obama, ruled that Trump allies seeking to overturn that state’s results lacked standing and had filed suit too late. Referring to the results of the Nov. 3 election, she wrote, “The people have spoken.”

A lawsuit that sought to force Georgia to decertify its election results was dismissed by U.S. District Judge Timothy C. Batten, a George W. Bush appointee who said that those Trump supporters were asking “the most extraordinary relief ever sought.” Batten said the Trump supporters who filed suit in Georgia “want this court to substitute its judgment for that of two-and-a-half million Georgia voters who voted for Joe Biden, and this I am unwilling to do,” Batten said.

Kennedy’s email asks readers to take a one-question poll: “Do you think there was some voter fraud during the election?” Those who click the link to answer are sent to the website winred.com, a GOP fundraising platform.

In order to submit an answer, the participant must first fill out a form with personal details including first and last name, email and phone number. Underneath the form is a section of legal terms stating that the participant consents to receiving calls and text messages, including automated calls and texts, from Kennedy’s campaign.

The legalese also states that contributions are not tax deductible — foreshadowing the plea for money that comes after one submits their answer to the poll.

With Michigan’s certifying it’s results, Joe Biden has over 270 electoral college votes. President Trump’s legal team has not presented evidence of the massive fraud which would have had to be present to overturn the election. I voted for President Trump but Joe Biden won. (1/2)

Even after the evidence indicated that Biden had won the 2020 Election, most Republican leaders declined to congratulate the president-elect or even acknowledge that he’d won.  As more and more lawsuits have come in and recounts have produced the same results, more Republicans have acknowledged that Trump lost.

Republican Bill Cassidy, Louisiana’s senior senator, said on Twitter on Nov. 23 that the transition to the next administration needed to begin. “With Michigan’s certifying it’s [sic] results,” Cassidy tweeted, “Joe Biden has over 270 electoral college votes. President Trump’s legal team has not presented evidence of the massive fraud which would have had to be present to overturn the election. I voted for President Trump but Joe Biden won.”

Kennedy has not followed suit. Last week, he made media appearances on Fox News and a right-wing talk radio show on Lafayette’s KPEL, casting doubt on the results of the Nov. 3 election.

“Until the courts are finished, we don’t have a winner.,” Kennedy said on KPEL.

He told Fox News that many Democrats and members of the media “have their bowels in an uproar” over Trump claiming — without evidence — that Biden’s victory was fraudulent. Kennedy said he supports Trump’s fraud investigations but added that he doesn’t think Rudy Giuliani, the former New York mayor who serves as Trump’s personal attorney, is the best lawyer to lead that effort.

He told KPEL’s host Moon Griffon, “There were mail ballots flying around like confetti.” 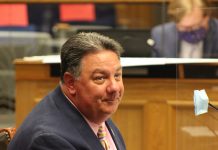 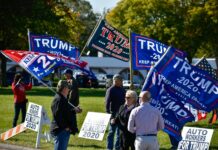 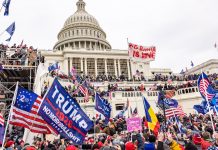 Sen. John Kennedy casts doubt on Biden’s election: ‘I’m not so sure something didn’t happen’

With Rep. Mike Johnson leading, half of U.S. House Republicans back...