Joe Biden built back the fabled “Blue Wall” of the Upper Midwest on his way to becoming president-elect on Saturday. But as important as Biden’s wins in Michigan and Wisconsin were, no state played a more important role in the former vice president’s victory than Pennsylvania and its 20 electoral votes.

The Associated Press called the race for Biden shortly before 11:30 a.m. on Saturday, capping an intense five days in which the eyes of the nation — and the world — were on the Keystone State as election workers in all 67 counties, but especially Philadelphia and Allegheny County, laboriously tallied the millions of mail-in ballots that were expected to favor Democrats.

While Biden was able to rebuild the Blue Wall, he did not rebuild the Obama coalition that enabled the 44th president to twice carry Ohio, which went to Trump, the Washington Post reported. But Biden, an old school campaigner who ran as a traditional Democrat, assembled key coalitions that eventually propelled him to victory.

“There was no magic bullet. It’s a lot marginal gains that Biden made over [Hillary] Clinton four years ago,” said Christopher Borick, a pollster and political analyst at Muhlenberg College in Allentown. “You start putting those margins together, and you get some not-so-marginal gains.”

Below, a look at some of those critical voting blocs, and how they got Biden over the goal line on Saturday.

In early October, the Democratic National Committee launched a six-figure buy across key battleground states aimed at ensuring that Black Americans had a plan to vote. That effort was certainly made easier by Biden’s long history of friendly relations with Black voters, despite his problematic support of the 1994 crime bill that disproportionately landed Black people in jail.

a reminder that Pittsburgh is also in Pennsylvania and there are organizers here who deserve some credit for what’s happening statewide, too. PGH is wildly racist and segregated and blue regardless because of HARD WORK. stop leaving it out of the convo.

in short: without Philly AND Pittsburgh PA would not be blue. damn near everything in between us (a five hour-long drive, for the record) is called Pennsyltucky for a reason.

“He has a record of getting things done,” state Rep. Malcolm Kenyatta, D-Philadelphia, said during an interview on MSNBC on Sunday morning. “Black voters delivered it for Biden: In Detroit, and Milwaukee, and my own city of Philadelphia. It was the birthplace of democracy, but it also saved democracy.”

Black voters: Biden couldn’t have won without us

In Biden, unlike Trump, Black and Brown voters knew they have an advocate, Kenyatta said, pointing to Biden’s promise on Saturday night to tackle the COVID-19 pandemic and systemic racism, among other towering policy challenges that disproportionately impact Black and Brown Americans.

“Joe Biden keeps his word,” Kenyatta said. “When he said he would commit to fighting systemic racism, we can take that to the bank.”

Biden’s decision to tap U.S. Sen. Kamala Harris, D-Calif., who is of mixed Jamaican and Indian descent, also won him support among Black women, who looked at Harris and saw themselves and a vision of their children’s future.

“Exit polls showed that once again, Black women put the Democratic Party on their backs, with 91 percent of Black women voting for the Biden-Harris ticket, the highest percentage of any racial group,” Washington Post columnist Karen Attiah wrote Saturday. “In Georgia, Stacey Abrams emerged as a Black political superheroine; her voting rights organization Fair Fight helped register 800,000 voters and may help deliver the traditionally red state to Biden. It is a point of pride that Harris’s path to success was shaped by Black institutions; she graduated from Howard University, a historically Black college, and is a member of the historically Black sorority Alpha Kappa Alpha.”

Trump made headlines during the campaign, bizarrely arguing that that Biden would destroy the suburbs, while he promised to “save” them. Trump specifically referred to an Obama-era housing rule requiring local governments to reduce segregation in housing, which many saw as barely disguised racism.

“Your home will go down in value, and crime rates will rapidly rise,” Trump claimed during the campaign, according to NPR. “People have worked all their lives to get into a community, and now they’re going to watch it go to hell. Not going to happen, not while I’m here.”

Trump’s message fell flat, and he struggled in the suburbs, including the four counties around Philadelphia. Unofficial returns showed Biden winning by double digits in Chester, Delaware and Montgomery counties, while he finished 4 points ahead of Trump in Bucks County, according to data compiled by NBC News.

Biden improved on Hillary Clinton’s 2016 finish in 373 suburbs nationwide, according to a New York Times analysis. While suburbs nationwide already were becoming steadily more diverse and Democrat, Biden’s wins build on trends made more apparent by Democratic gains in 2018, including in Pennsylvania, where three of four of the counties — Chester, Delaware and Montgomery, sent Democratic women to Congress.

Trump “invested in that [fear] strategy,” Muhlenberg’s Borick observed. “He thought it was big path to that vote. But [the suburbs were] just too far gone in a lot of ways.”

If there was one great narrative of 2016, it was Trump’s successful pitch to white, working class voters in the Rust Belt, specifically in the coal country counties of northeastern and southwestern Pennsylvania.

Trump famously flipped Luzerne County from the Democratic column in 2016, sparking a cottage industry of case studies on the collapse of Democratic support among white, working class voters

Biden, who spent his childhood until age 10 in Scranton, and then grew to adulthood in the blue-collar suburb of Claymont, Del., specifically pitched himself as an ally to the working class. And, unlike Trump, who grew up wealthy, Biden argued that he knew how to speak the language of organized labor.

In a September town hall with national AFL-CIO President Richard Trumka, Biden vowed to be the “strongest labor president we’ve ever had.”

“It’s not the financial wizards of Wall Street who make this country run — it’s you, the essential workers,” Biden said during the virtual Labor Day event in Harrisburg. “Wall Street did not build this country … it was built by unions.’

It was an important argument. While she was supported by unions, Clinton was not embraced by labor, and she  underperformed among those voters in 2016. Biden, conversely, was seen as a stalwart supporter. And organized labor went to bat for him among its members.

Unions ran get-out-the-vote operations in cities that were crucial to Biden’s swing-state victories. https://t.co/k2ukTopfU9 via @HuffPostPol

“Joe Biden has been a friend to organized labor for decades,” Frank Snyder, the AFL-CIO’s secretary-treasurer, told the Capital-Star in September. “Our members remember when Joe did this and that,” on labor’s behalf in Washington.

Hannah Laurison, the executive director of the progressive advocacy group PA Stands Up, said in a statement that “thousands of working class people of all races across Pennsylvania and around the country volunteered their evenings, weekends, and holidays to deliver the presidency for Biden.”

“Now it’s time for Biden to deliver for working people,” Laurison continued. “As we talked with voters across the state, we heard again and again about the struggles their families face as they’ve gotten sick, lost jobs, and struggled to pay their bills. These aren’t small challenges, and tinkering around the edges won’t fix them.”

In the end, Biden was able to cut into Trump’s support among white working class voters, but did not win them over entirely. But as Borick notes, the numbers were substantial enough to make a difference. Biden won on his home turf in Lackawanna County and flipped back two counties that Trump won in 2016: Erie and Northampton counties.

“If you’re someone who has been in a union for a long time, certainly, Trump made an attractive pitch,” he observed. “And in 2016, it was good enough. But given another chance this time, and a little more natural affinity to the candidate, a big enough sliver came home.

“It’s not that Trump got run out of town, it’s just that Biden, on the margins, did better,” Borick said. 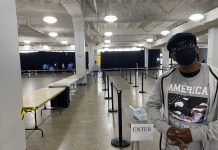 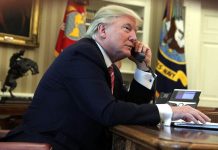 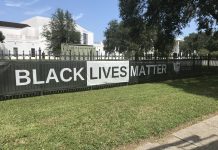