Louisiana legislators have recently fast-tracked a bill – House Bill 38 – that would punish cities and parishes that reduce their police budgets by more than 10 percent. Nevermind that no municipality or parish in Louisiana has made any move to defund the police and that Louisianians face urgent challenges like the COVID-19 pandemic and sky-high unemployment. In Baton Rouge, such inconvenient truths rarely get in the way of attempts to score political points.

The fact of the matter is that the Louisiana Constitution vests local governments with the power and authority to govern themselves and determine the structure, organization, powers and functions of their own jurisdictions by home rule charter. For example, in many cities and parishes the mayor is charged with presenting a budget, and the council or police jury is charged with appropriating funds.

House Bill 38 is a heavy-handed power grab that would undermine these constitutional principles of local control. The people elect and collaborate with their local government officials to make sound judgements about their communities’ particular public safety needs, and they don’t need politicians in Baton Rouge dictating their local budget priorities.

It is no more within the legislature’s authority to second-guess a city or parish’s law enforcement funding than it is to set a local spending floor on mental health services or public parks.

The Louisiana Constitution’s deference to local control is also desirable as a matter of public policy. Just like the Louisiana Legislature, local governments routinely face difficult budgeting decisions due to a broad set of economic forces outside their control. Local officials are elected to make those difficult decisions in the best interests of their local communities. Just as the federal government should not penalize Louisiana for the legislature’s efforts to balance competing priorities with a finite budget, the state should not penalize local governments for fulfilling their obligations to their residents.

Yet HB 38 would subject local governments to exactly that kind of punitive, quasi-federal bureaucracy. We should not permit a budget committee in Baton Rouge to substitute its public-safety judgements for those of local experts.

Moreover, HB 38 is a solution in search of a problem. By Rep. Harris’ own admission this month before House and Senate committees, no local jurisdiction in Louisiana is currently considering a significant reduction in law enforcement funding.

Instead of engaging in empty threats and political stunts, legislators in Baton Rouge should be working with local governments on solutions that will make all our communities stronger and safer – like investing in drug treatment, early childhood education, and mental health services.

Louisiana legislators don’t have to support defunding the police to understand that police and prisons are not good or comprehensive solutions to societal challenges like poverty, mental illness, and homelessness. By focusing more resources on proven strategies that address the root causes of crime, we can reduce crime and save taxpayer money in the bargain.

After all, isn’t that what fiscally responsible leadership is all about?

HB 38 would do nothing to make communities safer. Instead, it would erode local leadership and set a dangerous precedent for state-level second-guessing of local budgeting. Legislators should put this misguided election-year gambit back on the shelf.

Chris Kaiser is the Advocacy Director of the ACLU of Louisiana. He is responsible for advancing the organization’s legislative goals and developing strategies to defend civil liberties throughout the state. 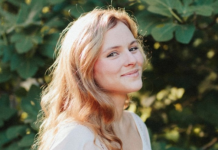 Guest Column: LSU has good sexual misconduct policies. It needs to follow them. 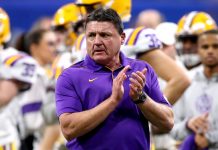 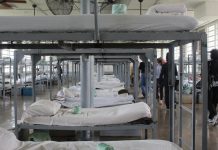