Louisiana Tech’s motto is “Ever Loyal Be.” This month I learned those words come with an asterisk. When a politically motivated outrage mob deliberately twisted and misrepresented my words in an effort to get me fired and chill free speech on college campuses, Louisiana Tech’s leaders caved. In the process they demonstrated an alarming deficit of loyalty not only to the university’s students and faculty but also to the principles of free speech and academic freedom they purport to uphold.

In other words, Ever Loyal Be, but terms and conditions apply.

It all started, as every controversy now does, with a tweet. I woke on October 2 to see many people on my Twitter timeline appearing to celebrate the president’s COVID-19 diagnosis. In the ironic voice that characterizes many of my 62,000 tweets, I fired off a rebuttal:

The meaning was unambiguous: President Trump should survive his illness so that he can be held accountable for his many documented crimes and spend the remainder of his days—may they be healthy and long!—in prison. Of course, you may disagree with me, but my opinion on the president’s criminality could hardly be called radical in the current political climate.

Within a few hours, however, the tweet had caught the eye of Campus Reform, a self-proclaimed news organization that in reality exists to generate online outrage mobs that attempt to provoke university administrators into knee-jerk defensive reactions like firing professors. The group published an article claiming that I, along with several other academics across the country, had wished the worst upon the president during his illness—despite the fact that no sincere reading of my tweet could lead to that conclusion.

But these illiberal activists cared less about what my words meant than how they might be weaponized against me. I was told I had made a “death threat” against the president, and soon I started receiving actual threats of violence. When Campus Reform’s article was republished on the infamous conspiracy theory site Infowars, which was banned from Twitter in 2018 for abusive behavior, the barrage of angry messages escalated.

My employer, Louisiana Tech, was flooded with messages claiming I had “threatened” President Trump and calling for me to be fired. Rageful tweeters gloated that I was about to be “canceled.”

Several days later in his daily email to the campus, Louisiana Tech’s president, Les Guice, described my tweet as “threatening, harassing, and bullying speech.” He also lumped my tweet with another that had generated “negative national attention” for the university that week: A student was caught on video in a racist tirade, using the n-word to describe other students on campus.

The president’s email equated my political speech with an unhinged racist rant, alleging both were “not representative of our values and culture at Tech.”

On the contrary, this kind of false equivalency does not represent the values of a research university. It profanes the “Tenets of Tech” that shape the university’s mission. It smacks of the “both-sides-ism” made infamous in President Trump’s claim that there were “fine people on both sides” of the 2017 clash between white supremacists and counter-protesters in Charlottesville, Va.

Louisiana Tech’s failure to question who made these claims against me, and why they would make them, also represents an abandonment of our institution’s values. University leaders accepted the deliberate misrepresentation of my words without doing the sort of independent critical thinking we demand of first-year college students. Administrators failed a basic information literacy test. They got duped.

Further, nobody bothered to ask me what happened or to check in with me as I received death threats. Despite the nine years I’ve spent at the university, earning exemplary teaching evaluations from students and producing award-winning scholarship, not a single administrator thought my perspective worth considering.

This was not the first time Louisiana Tech’s leaders failed to defend academic freedom and free speech. Last December, they fired my colleague when a student’s parent complained that he was teaching about, among other things, racism. The university quickly reversed course and reinstated him when students protested. Administrators promised to appoint a committee to review the university’s academic freedom standards, but that never materialized.

Last year, when student journalists asked too many questions about the institution’s sexual assault reporting practices, administrators shuttered the campus newspaper. Two years ago, a resident assistant on campus threatened to shoot me and my students when we hosted a campus forum on gun-rights issues. Administrators dismissed it as a “boys will be boys” incident.

My colleagues and I have been repeatedly targeted and harassed on a local public Facebook page. One angry man wrote a lengthy screed in which he labeled me “Hitler personified” and boasted that he knew my home address and how many “sex offenders” lived nearby. Others have speculated on the best ways to get me fired because they see Louisiana Tech overrun with “radical socialists.” I’ve reported these incidents to the university, as have my harassed colleagues, yet the institution hasn’t uttered a word in our defense.

Louisiana Tech is not alone in its failure to defend faculty from politically motivated attacks. A decade of budget slashing has left many administrators no longer loyal to faculty and students but instead sensitive to the whims of conservative legislators and wealthy donors. Public universities simply can’t rely on state funding as they once did. Instead they’re forced to compete aggressively for tuition dollars. Administrators increasingly resemble brand managers rather than stewards of intellectual enterprises. In such a model, outspoken faculty are a liability rather than an asset; a negative article on a right-wing extremist website becomes not a lesson in free speech but a brand-management crisis.

University leaders: Stand up for the people who stand up for you. If the outrage mob had its way, it would slash your budget to zero tomorrow, and it wouldn’t need a reason. When you cave to partisan attacks to preserve your national image, you become complicit in an anti-free speech agenda, all while failing to uphold the mission of the university. Have courage to safeguard the values you put on your recruiting materials. Choose loyalty to the students who walk your halls and the faculty who dedicate their lives to teaching them.

When you say “Ever Loyal Be,” mean it.

Andrew C. McKevitt is Associate Professor of History at Louisiana Tech University. He is the author of Consuming Japan: Popular Culture and the Globalizing of 1980s America (2017). He is currently writing Gun Country: How Gun Culture and Control Created an Armed Mass Movement in Cold War America, supported by a grant from the Louisiana Board of Regents. 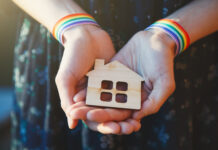 Before meeting a potential landlord, I take a look in the mirror | Alexander Charles Adams 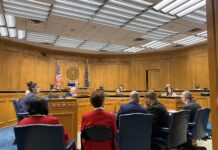 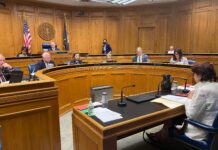