House lawmakers on Thursday rejected a bill designed to prevent businesses from skirting state taxes by fraudulently misclassifying employees as independent contractors. House Bill 34, sponsored by Rep. Mandie Landry, D-New Orleans, sought to bring Louisiana in line with the rest of the country by allowing the Labor Department to fine businesses that fraudulently pay workers as contractors instead of as employees.

“What we have here in Louisiana is another outlier,” Landry said. “We have that in a lot of instances.”

The bill was supported by all the Democrats on the House Labor and Industrial Relations Committee but Republicans — who make up the majority of the committee — all opposed it.

Labor laws, both federal and state, stipulate how businesses should classify workers. Employers pay state and federal taxes for workers who are classified as employees. The state taxes include unemployment tax, income tax and workers compensation. Employers do not pay any taxes on workers classified as independent contractors, who are typically business owners or sole proprietors who perform work for other businesses under a contract that is usually temporary. They set their own hours and wages by bidding for jobs and are free to perform work for other companies, among other factors that vary on a case-by-case basis.

Contractors do not enjoy the labor law protections provided to employees, such as minimum wage, overtime pay, family leave, unemployment insurance and workers compensation. When businesses illegally misclassify employees as independent contractors, it strips the worker of those protections and cheats the government out of tax revenue, which, Landry pointed out, can lead to higher taxes on businesses that follow the law.

“Legit businesses pay their taxes,” Landry said. “It’s fly-by-night and sometimes shady businesses that don’t pay these fees. As a result everyone who pays into these funds ends up paying more.”

Landry pointed to the Oct. 12, 2019 collapse of New Orleans’ Hard Rock hotel as an example of “why this practice is so harmful.” The collapse killed three workers and injured more than a dozen others. Some of those workers were misclassified as independent contractors, prompting an indictment of a drywall business owner who allegedly underreported his payroll by $794,000.

HB 34 would have allowed the state to fine companies $1,000 for a first offense.

The Louisiana Workforce Commission supported Landry’s bill because the state currently only issues warnings to companies that violate employee classification laws unless it can show a record of repeated violations, at which point the state can levy a $250 fine. Louisiana, according to LWC Secretary Ava Dejoie, is the only state that gives businesses a pass on the law.

“What ends up happening is nothing,” Landry said. “It leads to nothing, and the state ends up missing out on a lot of funds.”

Dejoie said the other 49 states levy fines of about $5,000 on average.

The construction industry, by far, is responsible for the majority of misclassified workers, Dejoie said. Construction companies that misclassify workers are often able to outbid competitors because they save much money by treating employees as contractors, she said.

Last year, the Louisiana Legislative Auditor issued a report on more than 3,000 audits it conducted on misclassified employees. That report concluded that more than 13,000 misclassified workers had cost the state $3 million in unemployment taxes and $9 million in income taxes.

Several employers and unions spoke in support of the bill, including Robert Schenk, president of LPI Inc., a construction company, and Josh Sonnier, political director of the Iron Workers Union in Baton Rouge.

“We need to even the playing field for the honest hard-working employers in Louisiana,” Sonnier said.

However, the Louisiana Association of Business and Industry, the state’s largest business lobby, opposed the bill, arguing that there are many businesses that are acting in good faith when misclassifying workers as contractors.

“In a lot of cases, the individual wants it that way as well,” LABI Vice President Jim Patterson said.

He also said there are many employers who are simply not familiar with Louisiana labor laws.

Even though the bill included a provision that would weed out unintentional misclassifications and allow fines only when the state can prove intentional fraud, the Republican-controlled committee rejected the bill. In a party line vote, it failed 7-5. 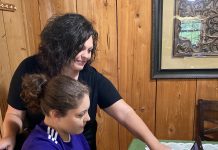 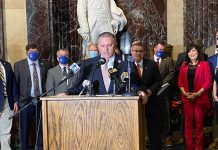 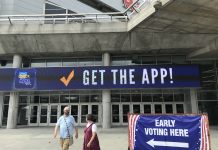 Gov. Edwards is sent a bill that creates a new way of crafting emergency election plans and doesn’t diminish his power