“The fact that it’s weakening should not cause anyone to lose focus or lose vigilance because this is still a very strong storm that’s going to bring significant impacts to Louisiana,” Edwards said.

Delta was expected to hit the coast just six weeks after Laura devastated the same area.

Edwards said there are 8,600 Louisiana residents who were displaced by Hurricane Laura who are living in hotels in Louisiana and Texas.  In advance of Hurricane Delta,  800 more have been temporarily relocated in a mega shelter in Alexandria.

“We feel really good about our ability to expand our shelter capacity as we need to do it,” Edwards said.

Edwards said he feels very good about the state’s ability to house more residents because they now have a working relationship with 40 hotels across the state because of Hurricane Laura. He said there are about 2500-3000 rooms open for residents who need to be relocated into non congregate shelters.

“We really won’t know until we see the amount of damage that was sustained because of Hurricane Delta, and what that flow of individuals will look like,” Edwards said. “We don’t anticipate we’ll get back to such a large number (of residents who need to be relocated) that we won’t be able to house them.” 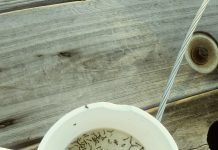 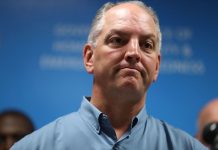