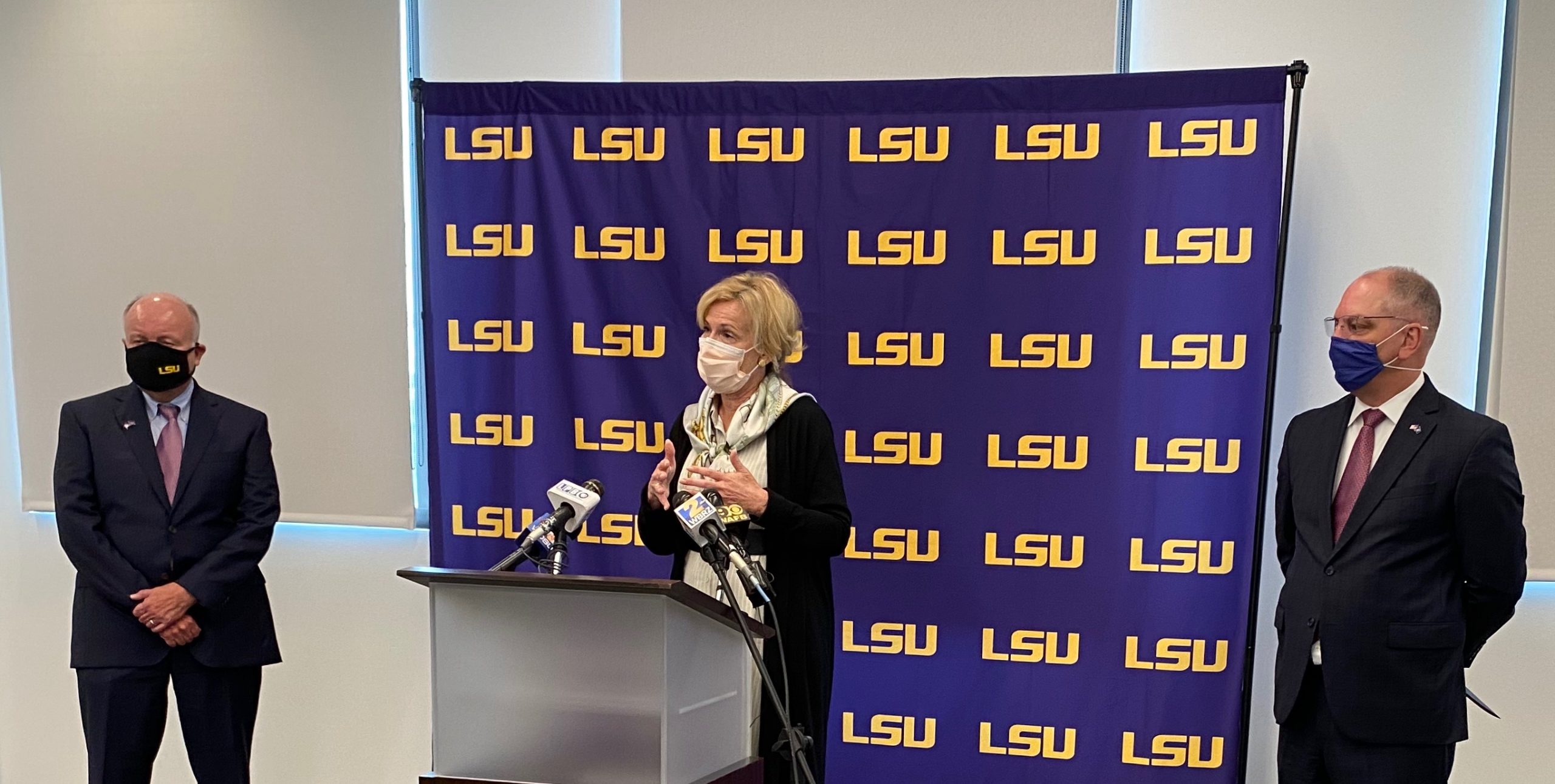 “It is extraordinarily important and prudent to maintain those restrictions and ensure mask usage and physical distancing,” Birx said Wednesday at LSU. She praised the progress Louisiana has made since having 51 of its 64 parishes had a positivity rate of 10 percent or more. The fact that only one parish has a 10 percent positivity now is proof, Birx said Wednesday,  that “this mitigation works.”

Louisiana moved into Phase 3 of reopening on Sept. 11. Despite that, Birx said she would like to see Louisiana keep its current restrictions in place until the state has less than a 3 percent positivity rate and has less than 5 positive cases per 100,000.

Edwards said Birx’s comments should be “helpful” as the Legislature moves into next week’s special session. In a press release announcing the special session that lawmakers themselves, House Speaker Clay Schexnayder, R-Gonzales, said,  “A significant number of House members have also asked to address the continued proclamations issued by the Governor during the pandemic and what many see as an imbalance of power. This special session will not end without a resolution to this problem.”

“She runs the White House Coronavirus Task Force,” Edwards said. “The recommendations that she’s made have been those things, by in large, that we’ve done.” Edwards said Birx has been kept in the loop on the state’s COVID-19 progress down to the parish level.

Birx met with Gov. Edwards and LSU interim president Tim Galligan in Baton Rouge to talk about the state’s COVID-19 reopening process. In a press conference held afterward, Birx applauded LSU’s administration in how they brought students back this fall.

“Just like it depended on the people of Louisiana making those changes, it depends on every student at LSU to continue that behavioral modification of wearing that mask, not just on-campus, but off-campus,” Birx said.

When asked by a reporter if she felt comfortable with a 25,000 person attendance level at LSU football games, Birx said physical distance can be maintained at that capacity in Tiger Stadium, but it’s the fans who need to make sure they maintain that distance and follow rules and the stadium’s rules and regulations.

Edwards said the state’s biggest concern right now is the beginning of flu season. He said one of his takeaways from his meeting with Birx was that “the next 45 days or so are going to be incredibly important.” If restrictions become too lax now, the state may again have to respond to another surge, he said.

“I would just hope the legislators are serious and responsible, that they are listening to what (Birx) is saying,” Edwards said. He also wants legislators to look at how effective the state’s mitigation measures have been and look comparatively at Louisiana’s restrictions with other states. “If they will do that, then I have no concern about how this legislative session is going to go.”

Will Louisiana residents line up for the vaccine or wait and...

Keep your masks on, and give me some space, please;...