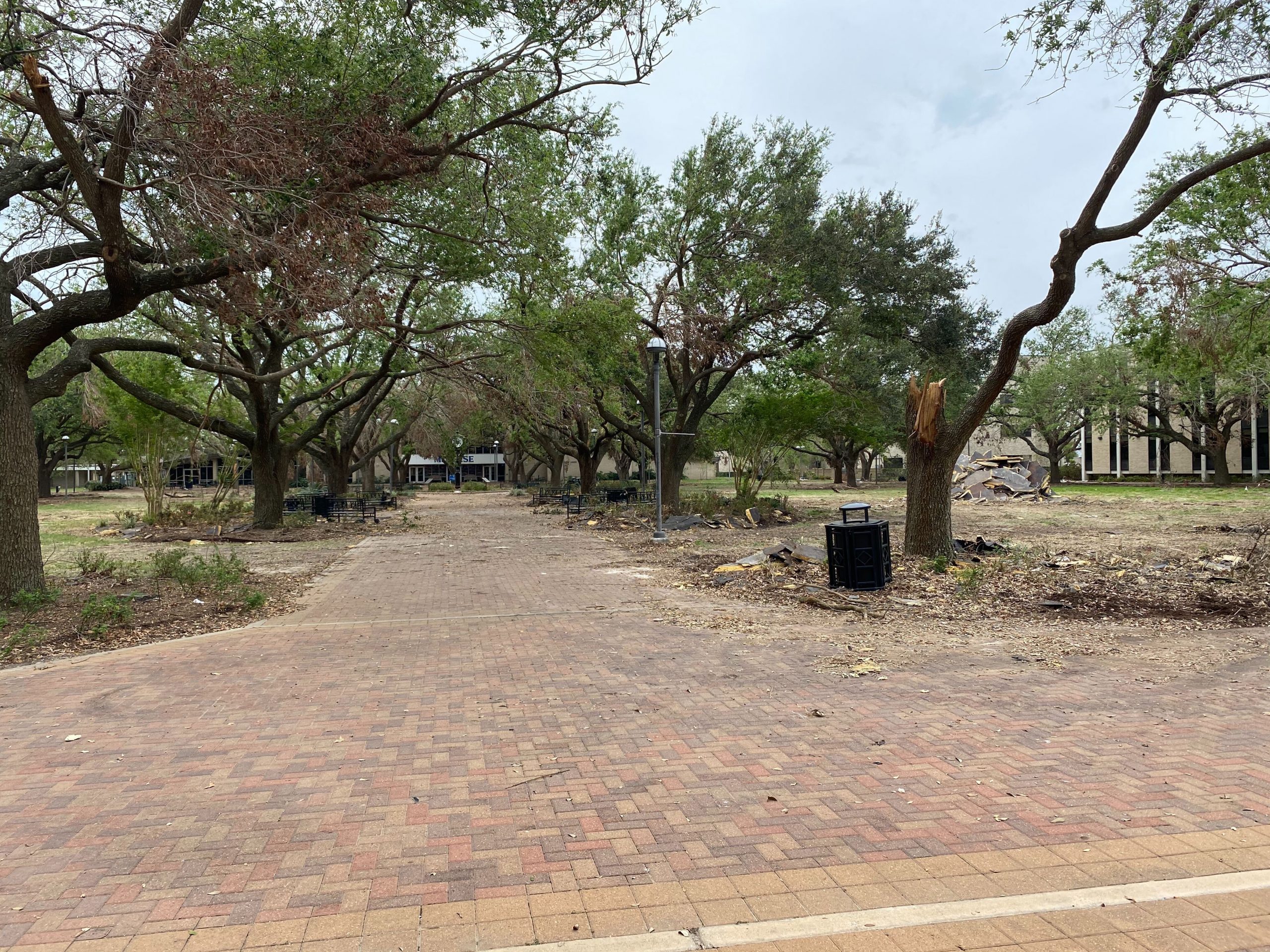 “All parts of the institution were affected and impacted,” Burckel said. “From our academic buildings to our administrative buildings to our athletic complex, there’s not one part of campus you can walk on that has not been affected by this hurricane.” Laura tore roofs off 50 buildings on campus, Burckell said.

Despite that massive destruction, McNeese State classes resumed Friday, 22 days after the storm’s landfall.  Though it was a step toward normalcy, the relatively fast reopening left some students openly wondering how they’re supposed to focus their attention on their schoolwork.

“A lot of people lost their houses, so a lot of people are just raging,” Mandelyn Danna, a junior biology major, said when a reporter talked to her on campus Friday. “Like, how do you expect us to finish anything and everything?”

As Burckel explained it to the senators at last week’s committee meeting, further delaying classes would have had significant repercussions for students.  “You have to get to the 14th day of classes for financial aid to be dispersed,” he said. “The longer we wait, the longer students who need that money in their pocket will have to wait.”  The semester started Aug. 17 but was quickly interrupted by the hurricane.

Because of COVID-19, Burckel said, it was already the case that “70 percent of our classes were already in an online format” and so, he said, they’re working to get the campus up and running for the 30 percent who actually need to see their instructors face to face.

But his general message to students, Burckel said, is “Don’t worry. We’re going to get you through the semester. The courses are going to be asynchronous so when you can access (electricity and internet), you can get on, do your work and get through.

Ashlyn Wesley, a senior business management major, said she and Danna are in a small group of students who have power and internet access. She said disagrees with those students who think the combination of the pandemic and the destruction from the storm demands that nobody fails a course. “We have to remember there’s still things you have to accomplish to get the degree,” Wesley said. “Some people are saying, ‘they just need to pass everybody.’ But there’s still material you need to learn.”

Neil Aspinwall, chancellor of nearby SOWELA Technical Community College told the senate committee that Laura had caused between $75 and $100 million in damages there. “Although the pictures look rough, if you came to campus today,  it already looks better,” he said.

Aspinwall told senators that he’s told students, “We’re going to do everything we can to help you with instruction, provide air cards, laptops.  We don’t want you to withdraw.”  He said he’s explained to students that “we have a very short time period left in fall semester. If you can buckle down, you can earn college credit in a shorter period of time.”

Monty Sullivan, the president of the Louisiana Community and Technical College System, said enrollment across the system was already down 7 percent before the storm.  He attributed some of that decline on the inability of parents of school-age children to attend classes because they’re watching their children who can’t attend school in person.

Sullivan said the most cautious course of action would be for SOWELA and other schools in the community and technical college system to wait for the Federal Emergency Management Agency to approve damage estimates so that officials know in advance that every dollar they spend rebuilding will be reimbursed.

But he said they can’t survive that way.

“We are now in a place where we can not afford to wait on  a decision for  estimating the damages — because every day that we wait presents a time that we do not collect tuition.” 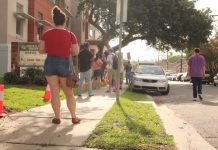