Voters who expressed concern that voting in person would put them or their loved ones at risk of getting sick with COVID-19 won a major court victory Wednesday when a federal judge in Baton Rouge ruled that a Republican-supported election plan denying such accommodations imposed an unconstitutional and “undue burden” on the right to vote.

Chief Judge Shelly Dick, of the U.S. Middle District of Louisiana, ordered that defendant Secretary of State Kyle Ardoin, a Republican, must implement the same COVID-19 allowances for absentee mail ballots that were used for the July and August election. Dick also expanded early voting from seven to 10 days.

“Plaintiffs have shown that the state’s failure to provide accommodation for pandemic-affected voters is likely unconstitutional because it imposes an undue burden on Plaintiffs’ right to vote,” Dick wrote in her ruling.

The case stems from an Aug. 3  lawsuit filed by the Louisiana State Conference of the NAACP,  the Power Coalition for Equity and Justice and two Baton Rouge voters who say either their own health issues or the health issues of loved ones they care for make it a risk for them to vote in person. The plaintiffs named Ardoin, Republican Attorney General Jeff Landry and Gov. John Bel Edwards as defendants and asked the federal court to require the state to create an emergency election plan.

Two weeks later, on Aug. 17., Ardoin proposed an emergency plan for the upcoming presidential race in November and December that looked nothing like what the plaintiffs wanted. Ardoin wanted to require voters with COVID-19 to present a sworn statement from a doctor in order to receive a mail-in ballot. Other than that, the plan contained no pandemic-related allowances. Ardoin said it was the only plan that Republican lawmakers would accept. Gov. John Bel Edwards, a Democrat, refused to sign off on it, hoping the federal court would create a better plan as a result of the pending lawsuit.

The case, Harding v. Edwards, moved forward. Although Edwards was a defendant in the lawsuit because he serves as governor, he supported the plaintiff’s side.

The judge noted how Ardoin’s Newly-proposed plan stood in contrast to the emergency election plan Ardoin crafted for the July and August presidential primaries, which made allowances for people at higher risk for suffering from COVID-19, allowed higher-risk voters to request an absentee mail-in ballot, and expanded early voting from seven to 13 days.

The summer elections were also a success for election administrators, who say they saw no instances of voter fraud or mass confusion at the polls, which were two of the arguments, among others, the defendants tried making to the court when arguing against extra accommodations going forward.

“Defendants’ evidence is woefully inadequate,” Dick wrote in her ruling. “First, they offer not a scintilla of evidence of fraud associated with voting by mail in Louisiana. Strikingly absent is even a hint of fraud in the July and August primaries, where expanded mail voting was available to voters with COVID-19 comorbidities, caretakers, and others.”

The court also found that it was actually state officials, not the plaintiffs, who were responsible for any voter confusion. In her ruling, Dick took particular aim at Louisiana Attorney General Jeff Landry who wasn’t sued but intervened in the case and argued against the accomodations the plaintiffs requested.

“Landry urged dismissal of this case, arguing that ‘changing the method of absentee balloting at this stage will invite chaos into the system.’ Yet on September 1, 2020, Landry proposed to do just that,” the judge wrote. “After intervening in this lawsuit, Landry penned a letter to the Tangipahoa Registrar of Voters stating that ‘a voter who is diagnosed with COVID-19 or is subject to a quarantine order while awaiting a COVID-19 diagnosis would qualify to vote absentee so long as a medical professional certifies the voter is disabled.’

“For the July and August elections, voters with comorbidities were able to request an absentee by mail ballot by certifying that they suffer from diabetes, hypertension, or one of the other conditions identified by the CDC as placing them at higher risk. Now, those same voters are expected to be aware of and rely upon a letter from the Attorney General to the Tangipahoa Registrar of Voters that instructs them to go to the doctor and obtain a certification that they are ‘disabled.’”

The ruling was not a complete win for the plaintiffs. The judge expanded early voting to 10 days rather than the 13 days requested by the plaintiffs. Dick made this ruling because the last day for a citizen to register and be allowed to vote in the Nov. 3 election is Oct. 13 — the same day early voting begins.

Election Commissioner Sharon Hadskey, testifying for the defense, said an expansion to 13 days would create an impossible situation because data regarding new voters must be entered into the electronic network system, which is “too critical a process for registrars across the state to complete accurately and timely before the start of early voting,” Hadskey said.

Lastly, the court found that the defense’s own argument that granting the plaintiff’s request would erode public confidence in Louisiana’s elections was actually more applicable to the defendants’ actions.

“Virus-related protections were offered for the July and August elections and then abruptly rolled back for November and December, with only the explanation that this was the only plan that would pass the legislature,” the judge wrote. “For state officials to reverse course and, as they do here, insist that the same protections that were offered in the summer suddenly present an unacceptable risk of voter fraud and mass electoral chaos can only have the effect of eroding public confidence in the administration of Louisiana elections.”

The Secretary of State issued a press release that said: “We have received and are currently reviewing Judge Dick’s ruling. A decision as to how to proceed will be made after careful consideration of the facts is weighed with the fact that absentee voting currently underway for some voters, and early voting mere weeks away.”

The governor seemed pleased with the ruling, issuing a press release that stated, in part: “Today’s ruling is a huge victory not only for the health and safety of the people of Louisiana, but also for their voting rights and our democracy. No one should have to risk their health or their life to vote, and I am relieved that the court agrees. Simply put: COVID-19 remains a serious problem in Louisiana and voting should not be a super spreader event.”

Ashley Shelton, executive director of the Power Coalition, said: “As voting rights advocates, we always want to increase voting access for everyone. Judge Dick’s decision moves Louisiana in that direction, and puts us more in line with the election rules that almost every other state has instituted in response to the pandemic. Now it’s our turn, as citizens, to take advantage of this opportunity and turn out to vote in historic numbers. Our vote is our voice. It’s our power. We can’t miss the opportunity to exercise it. Thankfully, it will be easier to exercise that right in the wake of this decision.” 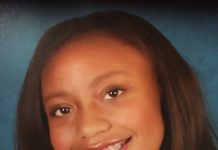 Fairness demands new trials for those convicted by split-juries, but fairness won’t come without pain 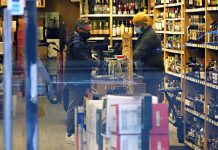 Louisiana’s gig workers can still get a fraction of the unemployment...