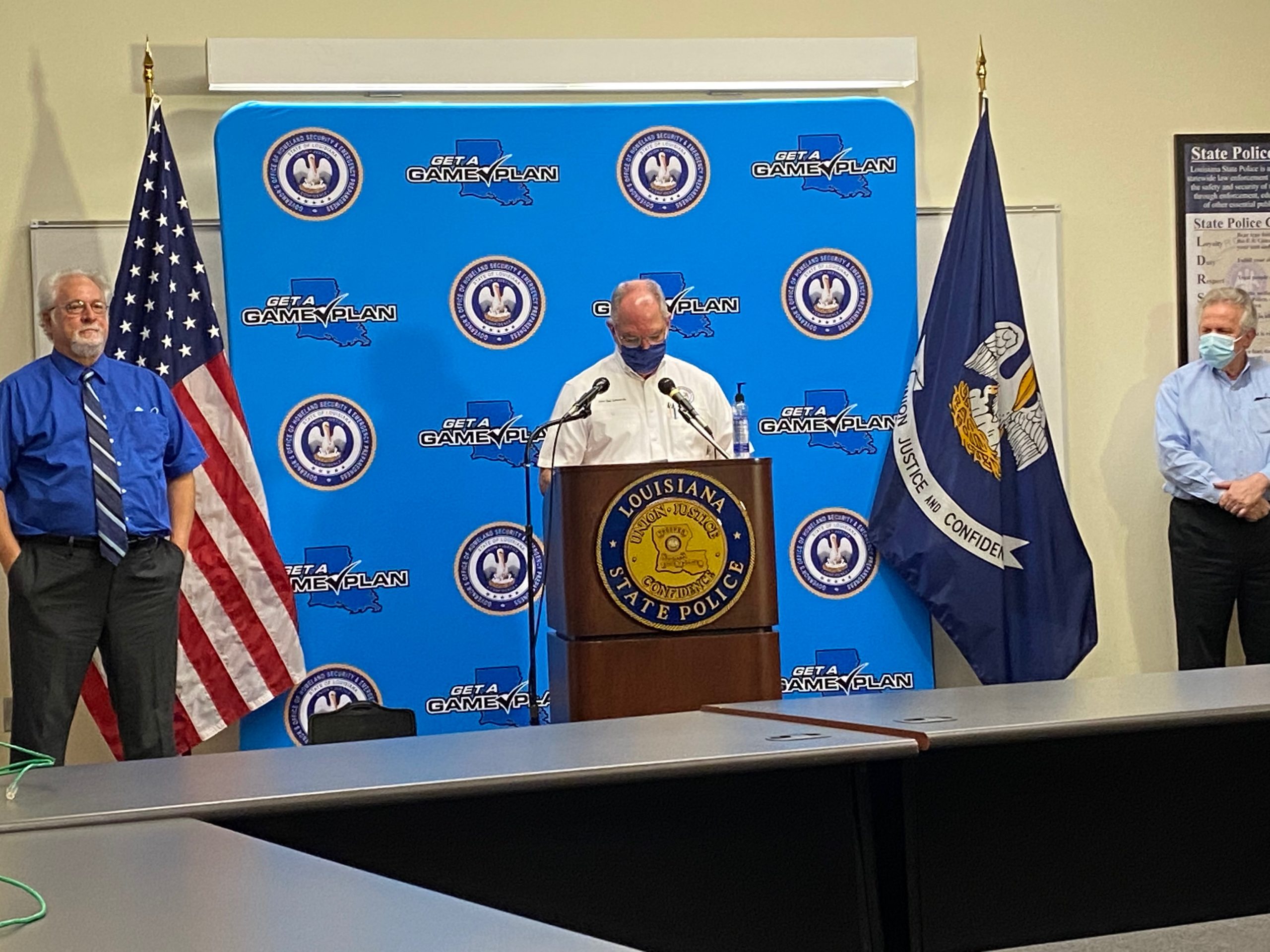 At Tuesday’s press conference at the Louisiana State Police Training Academy in Baton Rouge, Gov. John Bel Edwards talked about voting after Hurricane Laura, voting during a pandemic, and he updated the storm’s death toll.

Hurricane Laura so thoroughly wrecked southwest Louisiana that Edwards announced the formation of a task force that is meeting this week to make sure voters from the region are able to participate in November’s election.

“Regular polling locations may have been damaged to the point where they can’t serve that function,” Edwards said. “We got to figure where we can actually have these voting precincts in enough time to get the information to voters so they know where to go in order to vote.”

Edwards added that the state will make sure anyone who is still displaced on Election Day can vote absentee from where they’re sheltering.

Plaintiffs who say the state of Louisiana has made it impossible for them to vote safely in November and December began making their case before a federal court judge Monday.  Gov. Edwards, who is technically a defendant in the lawsuit even though he agrees with plaintiffs that there ought to be an emergency election plan, said Secretary of State Kyle Ardoin’s “proposed plan just contravenes too many CDC guidelines relative to protecting people.”

He said Ardoin, whose responsibility it is to manage the state’s elections, have given the state’s more medically vulnerable residents an impossible choice.  “Are they going to unnecessarily expose themselves or others to the virus in contravention to those guidelines,” Edwards said, “or are they going to forfeit on their right to vote?”

Edwards said voters didn’t have to be put in such a position because Ardoin created an emergency  election plan in July and August that increased access to mail-in ballots for people  more vulnerable to suffering from COVID-19 or passing it on to their vulnerable loved ones.

Edwards said the deaths of 26 people have now been linked to Hurricane Laura. Seven deaths are related to storm clean-up, including residents who fell off roofs or were hit by falling tree debris.

“Please be very careful when you’re working on your house or property,” Edwards said. “Take every precaution necessary to ensure that you’re safe. Stay hydrated and take frequent breaks.”

Nine deaths were related to misuse of portable generators. Residents using a generator, Edwards said, should make sure “you’re positioning it at least 20 feet away from your house in a well-ventilated area and that it’s not near open doors, windows, vents.”