DEBERRY: America promised to learn lessons from Hurricane Katrina, but the events of 2020 say it didn’t

A home near the Industrial Canal was completely washed away when the structure fell apart as Hurricane Katrina made its Aug. 29, 2005, landfall on the Gulf Coast. The sign reads “All We Have Left is Our Life & Our Dignity.” (Photo courtesy Jarvis DeBerry)

Not long after four bouncers from Razoo Bar & Grill pinned 26-year-old Levon Jones to the ground until he was dead, trumpeter Hannibal Lokumbe told an MLK Day crowd at St. Louis Cathedral that because he breathes into a horn for a living, he couldn’t imagine a more horrible death than the Black college student had suffered. The musician put his horn to his lips, but instead of playing a song, he played a long, horrible-sounding whine to convey what a man pinned down to a Bourbon Street sidewalk and struggling to breathe might sound like.

Near the end of Lokumbe’s remembrance of Jones there were no notes. There was just the sound of breath moving in fits and starts through the instrument.

And then there was nothing.

Jones, a student from Georgia Southern University, had come to New Orleans to participate in a flag football tournament. It was bad enough that bouncers killed him on the last day of 2004. It was even worse that they killed Jones with the tacit permission of officers from the New Orleans Police Department who — even as bystanders told them Jones was dying and begged them to help — stood idly by watching a drawn-out homicide.

Those of us who began 2005 with the news of Jones’ death or who spent part of the King holiday in St. Louis Cathedral listening to a trumpeter re-enact Jones’ last breaths couldn’t have known that it all foretold of an even more horrible stretch of days to come.

Beginning that Aug. 29, hundreds of our neighbors would succumb after struggling in vain to breathe. People from Orleans, St. Bernard, Jefferson, Plaquemines and St. Tammany parishes died, but the deaths of New Orleanians accounted for almost three quarters of those fatalities. The deaths of St. Bernard residents made up almost all the rest.

Survivors would be left fuming that the country’s top federal officials sat around watching death from afar without quickly intervening. 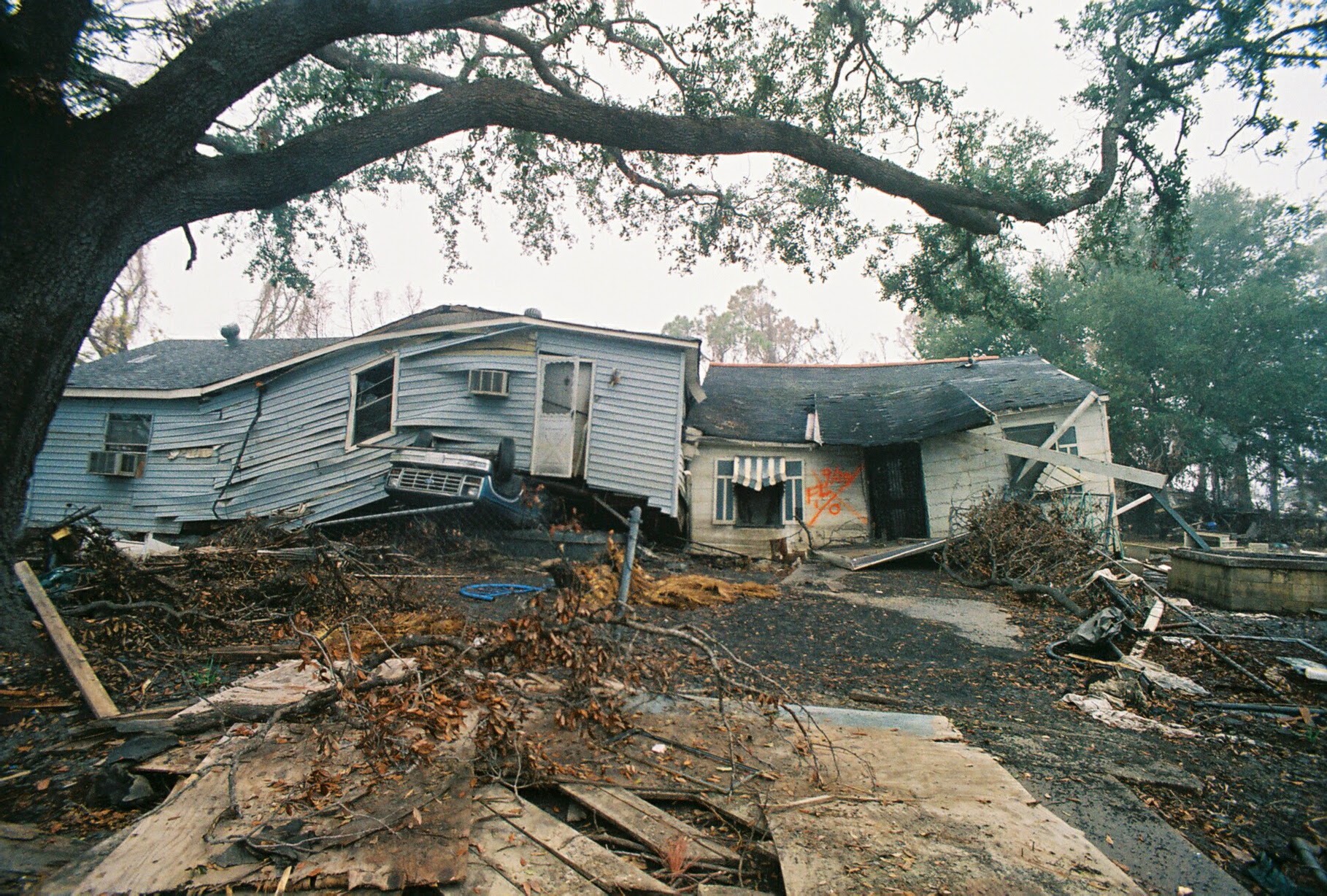 As bodies floated in the floodwaters, and survivors who had chopped through their attics waved frantically for helicopters; as people in the Louisiana Superdome contended with overflowing toilets and a stifling lack of ventilation, and people outside the Ernest N. Morial Convention Center baked in the sun without food or water; as many New Orleanians boarded buses and planes to destinations unknown, and reports poured in that some New Orleans police had gone feral, America claimed to have learned something.

We’ve got poor people!  We’ve got racism!  We can’t let this keep happening!

And, of course, the New Orleans police aggression unleashed after the storm was notorious.  Police maimed innocent people on Danziger Bridge while killing Ronald Madison and J.J. Brisette, who were also innocent. A police officer killed Henry Glover in Algiers, and though he was eventually acquitted, one of his colleagues remains in prison for incinerating Glover’s body.

This month, even as Louisianians were starting to worry what damage Marco and Laura might cause, many were raging at the homicides of Trayford Pellerin, a 31-year-old Black man who was surrounded and shot dead by Lafayette police Aug. 21, and Danny Buckley, a 61-year-old Black man who was begging for money outside a Baton Rouge grocery store when 24-year-old Jace Boyd, a White man, shot him dead Aug. 22. Pellerin, who was walking away from police and toward a convenience store with a knife, was the third man Lafayette police shot since July.  A 21-year-old White woman who says she was the last person Buckley asked for money before Boyd killed him said on Twitter, “I never felt threatened by Mr. Buckley in any way.” 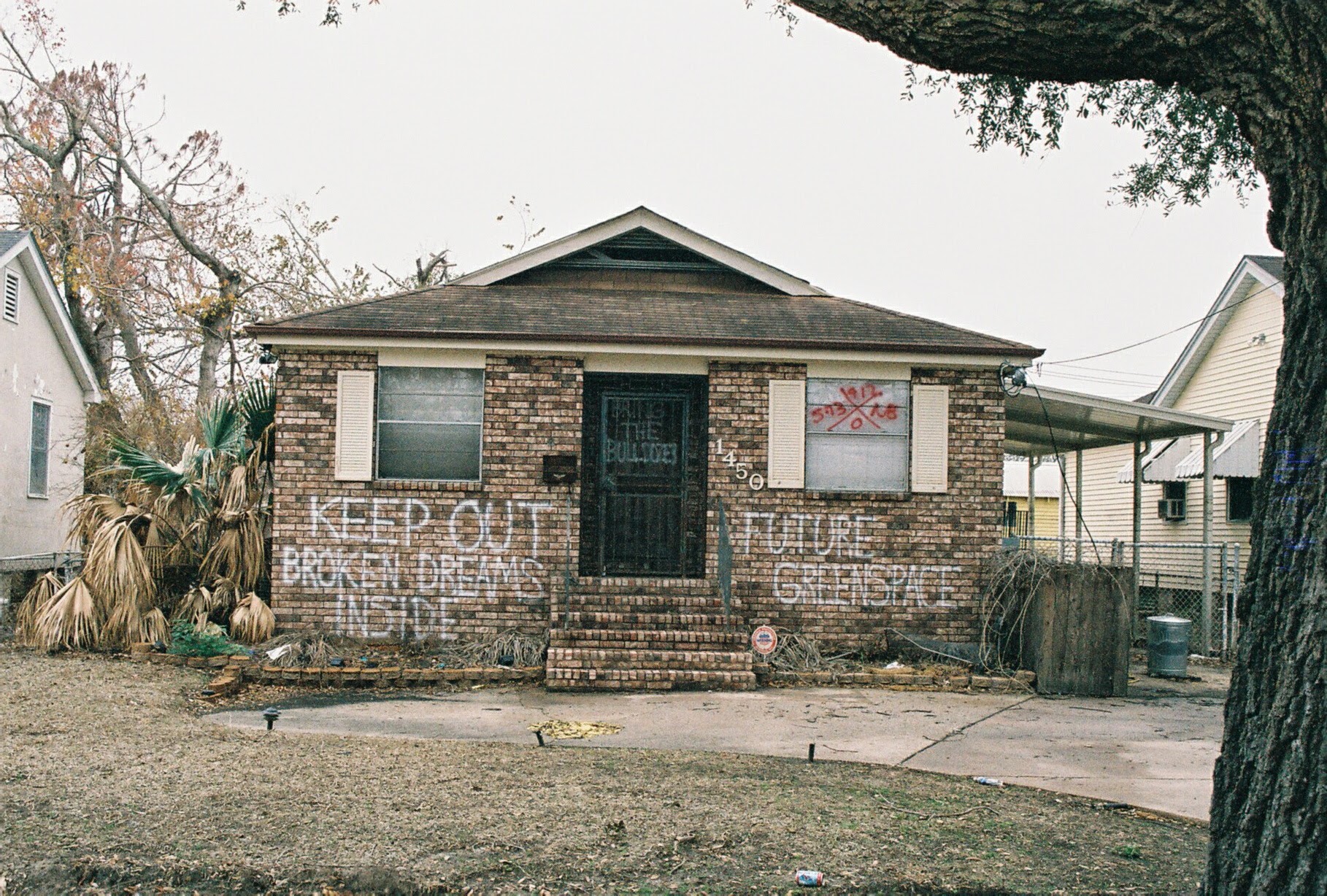 Though Boyd told Baton Rouge police that he had killed Buckley, officers didn’t initially book him with a crime. Baton Rouge police let Boyd go and, then, when they wanted to arrest him, begged the public for help finding him. The police department announced on its Facebook page Wednesday that it had taken Boyd into custody with assistance from the Louisiana State Police Fugitive Task Force and booked him with second-degree murder.

In July 2016, when a man begging for money outside a convenience store told a 911 dispatcher that Alton Sterling, a 37-year-old Black man revealed a gun and told him to back off, the Baton Rouge police who rushed there didn’t arrest Sterling. They shot him dead.

Whether we’re gasping for breath because of COVID-19 or because of police brutality (or have suffered from both as George Floyd did), whether we’re struggling to breathe because we’re surrounded by petrochemical plants or because jobs are gone, the rent is due and the U.S. Senate adjourned without extending federal unemployment help, Black communities and poor communities continue to catch more hell than others.

Louisianians often use Hurricane Katrina as a way of marking time. We say a certain thing happened before the storm or after the storm. But when the thing is excess suffering visited upon the most vulnerable, there is no pre-Katrina or post-Katrina.

It is as it always was.

DEBERRY: America promised to learn lessons from Hurricane Katrina, but the events of 2020 say it didn’t

Jarvis DeBerry, former editor of the Louisiana Illuminator, spent 22 years at The Times-Picayune (and later NOLA.com) as a crime and courts reporter, an editorial writer, columnist and deputy opinions editor. He was on the team of Times-Picayune journalists awarded the Pulitzer Prize for Public Service after that team’s coverage of Hurricane Katrina and the deadly flood that followed. In addition to the shared Pulitzer, DeBerry has won awards from the Louisiana Bar Association for best trial coverage and awards from the New Orleans Press Club, the Louisiana/ Mississippi Associated Press and the National Association of Black Journalists for his columns. A collection of his Times-Picayune columns, “I Feel to Believe” was published by the University of New Orleans Press in September 2020.

Uncounted: Inaccurate death certificates across the country… by Dillon Bergin December 22, 2021
Known to be toxic for a century, lead still poisons… by Allison Kite April 11, 2022
In 1960 Louisiana, Black victim -- not white shooter --… by Liz Ryan September 8, 2021