Like so many other Louisiana mothers with a child in juvenile detention, Latoyia Porter wants her 19-year-old son home with her during the pandemic. He’s already been jailed for five years for stealing a car, she said, and with the pandemic, she worries about his health.

“Treyjon’s had symptoms of COVID, has asked to be tested, but wasn’t,” Porter said. “It’s really hard for a mother not to be in control of her child’s healthcare.”

The Louisiana COVID-19 Health Equity Task Force, which was convened by Gov. John Bel Edwards to examine and help the state overcome racial disparities laid bare by COVID-19, agrees that children “in state custody who can return to the community safely should be sent home.” The task force urges “decarceration and controlled evacuation” under the oversight of a statewide independent public health monitor it says Edwards should appoint.

Shelina Davis, CEO of Louisiana Public Health Institute, co-chaired the task force’s subcommittee looking at prisons and jails. Davis said the subcommittee stopped short of suggesting a list of candidates for the special monitor, but she said, “Ideally we’d want a high level person who knows what safe working and living conditions should look like and that facilities should be in compliance with Center for Disease Control and OSHA guidelines—a public health monitor that can hold people accountable and ensure transparency.

“Is there a sense of urgency? One hundred percent,” she said.

Children, as young as 13, residing in the four detention facilities operated by the Office of Juvenile Justice (OJJ), are at serious risk for infection. As of early July, of the 30 juvenile inmates OJJ had tested, 28 were positive for COVID-19, a 97 percent infection rate. The agency’s website lists one more detainee who has tested positive, but it’s unclear whether the agency has tested any detainees in addition to those.

The task force, in its report, noted that “Jails, prisons, and detention centers, unlike other government-run institutions…operate without independent oversight or public transparency, creating informational gaps that are essential to protecting public health during this crisis.”

Edward “Dusty” Bickham, an attorney and prison warden, became interim director of OJJ on March 25 in an unexpected and dramatic replacement of the former director, James Bueche, whose resignation was simultaneously announced without explanation.

Much is unknown about COVID-19’s long-term effects on young people and the rate of transmission from children to adults, but there are now almost daily headlines about child COVID deaths from around the world, and more than 300 child fatalities have been reported to the Centers for Disease Control and Prevention. New science continues to emerge about the dangers of COVID-19 to young people, including organ failure and a previously rare inflammation disease.

Hector Linares, an associate clinical professor at Loyola University New Orleans College of Law, has devoted much of his career to pursuing a more humanitarian and enlightened juvenile justice system in Louisiana. He fears that OJJ is losing much of the ground it made during years of reform. Those reforms began when federal monitors were assigned to oversee the failed agency. The late 1990s and early 2000s were considered especially bad days for juvenile detention in Louisiana, a time period characterized by high rates of incarceration and harsh conditions.

“It’s really a slap in the face to all that progress we worked so hard to make over the past 15-20 years,” Linares said. He cites a few big failures by OJJ: stopping testing for no apparent reason, relying on the use of solitary confinement to reduce viral transmissions and failing to create  a plan for social distancing that doesn’t completely cut rehabilitative programming.

“I’m disappointed to say the least,” Linares said. He contrasted the response to the pandemic to the response to Hurricane Katrina when prosecutors and judges cooperated with public defenders to reunite children with their families even if those families were out of state. Now, Linares said, “I feel like we’ve done a particularly poor job.”

He said Bickham, OJJ’s interim director, has little experience with the ins and outs of the juvenile justice system and possesses an adult corrections mindset.

Gov. Edwards’ office did not return multiple messages seeking comment about juvenile detention during the COVID-19 and OJJ leadership. A telephone number listed on OJJ’s website was answered by a woman at the Bridge City Center for Youth. She gave the reporter a number that’s no longer in service. A message left for OJJ through the contact form on its website was not returned.

On July 7, the CDC revised its guidance and recommended an expansion of testing beyond just detainees with symptoms.That guidance supplanted the CDC’s earlier policy, the one Bickham has apparently adhered to. Louisiana Center for Children’s Rights Policy Director Rachel Gassert said the CDC’s previous guidance to only test those with symptoms was always meant to be the floor, not a cap.

“If you could know, why wouldn’t you want to know the very second a kid has the virus?” Gassert asked. “If I was running the facilities, I’d use any and all avenues to get as many kids away, proactively, in a thoughtful measured way that leaves no stone unturned. Bickham has said he has a release plan—then why not release them?”

4 out of 5 incarcerated juveniles are Black

Of the 323 children who have been in OJJ’s custody at some point during the first quarter (no daily census snapshot is available) 81 percent are Black, according to OJJ’s report. Black children make up about 40 percent of the state’s population.

Some parish juvenile courts have recommenced hearings that could lead to more juvenile incarceration. East Baton Parish Rouge Juvenile Public Defender Lakita Leonard said that parish’s juvenile court has “done a 180,” and they’ve lost all the ground they’d made keeping kids out of pre-trial detention. Though community spread rages throughout the entire state and infection rates are higher than when courts were ordering that kids be released, judges are committing kids to OJJ custody anew, Leonard said. Releases are happening too, Leonard said, but slowly.

In the meanwhile, severe damage is being done to children’s psyches, according to Dr. Denese Shervington, a psychiatrist and child trauma expert. Untreated trauma, often intergenerational, is a large part of what lands children in the system in the first place, she said. The adverse health effects of trauma are compounded by jail where children are usually medicated for complex post-traumatic stress disorder even though trauma-based psychotherapy is the gold standard. Medication should be used sparingly, she said.

“These kids are seen as bad and can only be fixed with harsh punishment; they’re not seen as redeemable or treatable,” she said. “They’re thrown away.”

Lawsuit filed to have juveniles released during pandemic

In April some detained children made a ruckus to attract rescue from lockdowns, the cessation of their rehabilitation services and curtailed contact with family and lawyers. The void left by staff already sick with COVID-19 was filled with untrained temps who, unable to contain the emotionally explosive episodes, used pepper spray against the children, including Porter’s son, Treyjon.

After that happened, advocacy groups across the state pulled out all the stops.

Affected parents and children brought a class action civil lawsuit in federal court in New Orleans in May claiming violations of the Eighth and Fourteenth Amendments of the U.S. Constitution. Aided by the Juvenile Law Center and The Promise of Justice Institute in New Orleans, the plaintiffs aim to compel a more rational and compassionate response to the emergency.

According to the plaintiffs’ complaint “children in correctional facilities are particularly likely to have preexisting conditions making them medically vulnerable to COVID-19, including asthma, hypertension, obesity, diabetes, and the HIV infection, with asthma being one of the most commonly diagnosed illnesses among children in correctional facilities.”

Advocates say even if the court rules in the plaintiffs’ favor, that ruling won’t necessarily come in time to protect children who are currently at risk. They say OJJ could voluntarily choose to furlough detainees at home or Gov. Edwards could immediately order OJJ to do so.

“Under the prior director, James Bueche, we were seeing furloughs,” said Shannon Christian, Juvenile Division Supervisor at the 22nd JDC Public Defender’s Office. That judicial district covers St. Tammany and Washington parishes. “But the furloughs stopped when the new director came on board.”

“We can do more for him on this side of the facility. He’s already served five years for vehicular theft, a non-violent crime,” she said. “With no rehabilitation services, what’s the point of having him in there?” 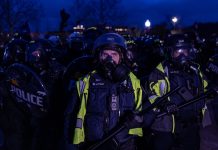 Amidst COVID-19 pandemic, parents and advocates push for a release of juvenile inmates

Louisiana rewards prisoners with $5 for getting flu shot