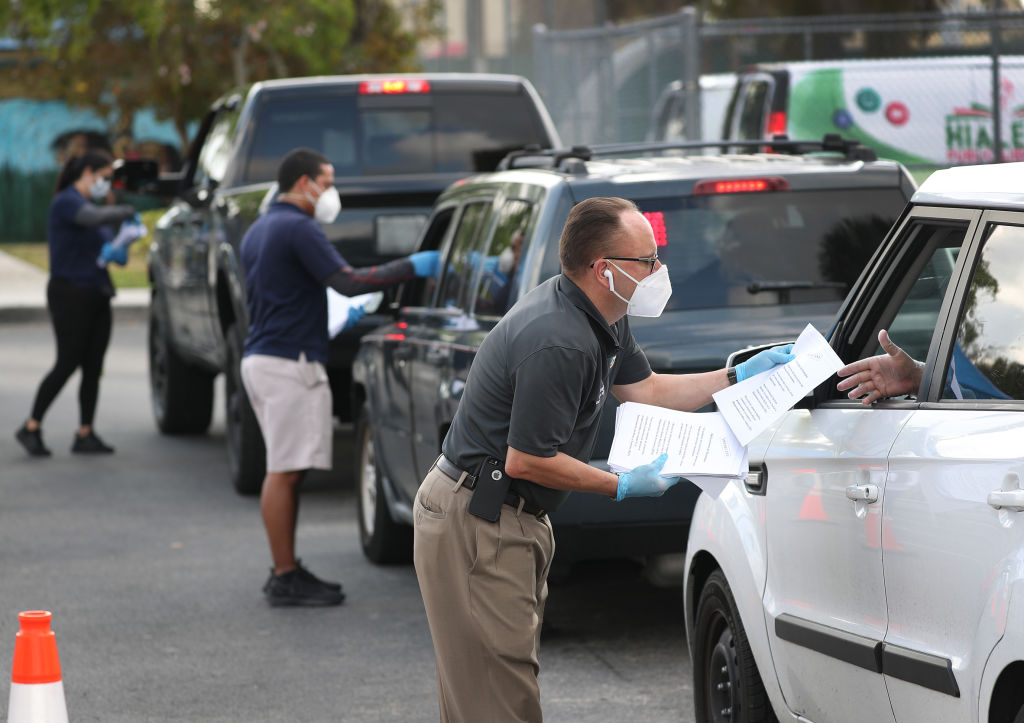 It was surprising Thursday evening to hear an aide for U.S. Rep. Clay Higgins express such concern and support for Louisianians who say they’ve been making do with the unemployment benefits they’ve been getting but fear they’ll be put outdoors if the larger, federal share of those checks is cut.

Louisiana Republicans haven’t exactly oozed compassion for people who have asked to be considered when lawmakers have gathered to make COVID-19-related policy, and Higgins strikes an especially tough pose.  But on Thursday, during a virtual “town hall” hosted by Step Up Louisiana, Kelsey Wolfgram, Higgins’ aide, said the kind of help unemployed Americans have been seeking is necessary.

Louisiana pays a maximum of $247 per week in unemployment benefits. The $600 the federal government has been adding to those weekly checks is scheduled to end this month.

“We don’t know what these benefits are going to look like,” Wolfgram said, “but we can’t just pull the rug out from people who are unable to work because of things that are completely out of their control.”

That was an unambiguous statement of support. However, a Monday tweet from Higgins suggests that he’s not as supportive of those benefits as his aide indicated. “Economic recovery is the ‘additional stimulus package’ that I support,” Higgins wrote. Then, in an apparent reference to Gov. John Bel Edwards’ recent order mandating masks, there was this: “I support the end to the Louisiana Governor’s State-sponsored, unconstitutional oppression, command, and threat. I support the full restoration of individual freedoms as defined by actual written law.”

Economic recovery is the “additional stimulus package” that I support.
I support the end to the Louisiana Governor's State-sponsored, unconstitutional oppression, command, and threat.
I support the full restoration of individual freedoms as defined by actual written law.

Did Wolfgram misrepresent Higgins’ position? Did he change his mind between Thursday and Monday?

In an email sent Tuesday, Higgins’ office responded to that question:  “We supported the CARES Act and temporary relief measures that were necessary to help Americans who were forced out of work. We endeavor to support compassionate policies. However, we must also seek federal policies that encourage work and support economic recovery. Reopening our economy and getting Americans back to work is the greatest stimulus that we can provide. Our support for that goal is not exclusive of other measures, and we’ll carefully consider any legislation that comes forward for a vote.”

Higgins added: “Any potential extension of benefits will be part of a larger package, not as a standalone issue. We’ll make a final decision once the legislative text in its totality is presented.”

As Higgins does when he attacks Edwards and says he wants to encourage work, multiple Republicans across the country continue to suggest that the economy has suffered because of emergency orders, ignoring the worldwide pandemic that precipitated those orders.

Yes, governors across the country also mandated the shut down of nonessential businesses, but a significant portion of the population had already curtailed their going out and (by extension) their spending to avoid becoming infected or unwittingly passing an infection to others.

So it doesn’t follow that minus shutdowns and stay-at-home orders, we’d have been spared a massive unemployment crisis.

D’Anna Smith is a human resources manager for a small business whose client is Louis Armstrong International Airport in New Orleans, she said at Step Up Louisiana’s town hall. On March 20, she said, her company laid off 22 full-time employees and 21 people who were working part time.

“Fast forward to today. We’ve only been able to recall one full-time employee and one part-time employee,” Smith said. “It’s not that people do not want to go back to work, but the jobs just are not there. Even before states began pausing, people were staying home to protect themselves from the virus.”

On the question of extending the federal unemployment benefits, Carlton said, “I think the main question is to what level? Is it going to be the same $600? Will it be something reduced: $500, $400? These are the questions we’re trying to grapple with. I don’t think we’ve come to a decision on it…. But we understand the benefit of the benefits.”

Wolfgram, Higgins’ aide, followed Carlton. She began by saying that he’d “hit the nail on the head.”

With no federal supplement, a Louisianian on unemployment can receive no more than $1070.33 a month. Minus income tax. According to the National Low Income Housing Coalition, fair-market rent for a 2-bedroom apartment in the state is $909. The $1,078 such an apartment costs in New Orleans is more than the maximum a resident could gross on unemployment.

Jennifer O’Blenis, who said she’s worked in the service industry all her life, said, “If this goes away by the end of the month, by Oct. 1 I won’t be able to make rent. I’ll be homeless if this goes away.”

Stacey Guidry, who volunteered that she’s a Republican, will get $203 a week if the federal portion goes away. Laid off from her job as a concierge, Guidry called the extra $600  “a godsend.” But she’s worried about the possibility of a storm. “I don’t know how I’m going to evacuate for a hurricane on $203.”

Rep. Cedric Richmond, the one member of the state’s congressional declaration who personally addressed the town hall, said, “We’re the United States of America. We are the richest country in the world, and we should be able to do whatever we put our mind to.”

The Heroes Act the Democratically-controlled House has sent the Republican-controlled Senate includes a provision that extends the $600/week unemployment supplement until January. Republicans and Democrats rarely agree on anything, but with the President, 435 House seats and 33 Senate seats in play, the looming election may force compromise.

Because who wants to campaign on their vote to cut off the money that suffering voters need to survive?

This column has been updated to include a response from Rep. Clay Higgins. 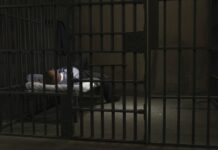 100 years after the Tulsa Race Massacre, lessons from my grandfather