U.S. Customs and Border Protection has not consistently followed new guidelines for medical care of migrant children and spent some of the agency’s money designated for “medical care” on unrelated items like printers, speakers and their canine program, according to a new federal investigation.

The U.S. Government Accountability Office, an independent “congressional watchdog,” found gaps in care across border facilities. Border officials also chose to go against a recommendation from the Centers for Disease Control and Prevention to give the flu vaccine to children who crossed the border into the United States.

The GAO released the findings Wednesday, as members of the House Homeland Security Committee held a hearing as part of an ongoing investigation of Customs and Border Protection (CBP) policies in light of the deaths of two children at the border in December 2018.

The children, 8-year-old Felipe Alonzo-Gomez and 7-year-old Jakelin Caal, were both Guatemalan and died in different CBP holding facilities in New Mexico and Texas.

The Inspector General of the Homeland Security Department released its own findings Wednesday that both children died of natural causes related to the flu and bacterial infections. The Inspector General found there was no misconduct or malfeasance from border patrol agents.

But Dr. Fiona Danaher, a pediatrician who Democrats asked to review the records, said the agency needs more policies in place to protect children.

“Death by natural causes does not mean death was inevitable,” said Danaher, an instructor of pediatrics at Harvard Medical School.

Rep. Cedric Richmond, a Democrat from New Orleans and a member of the committee, grilled witnesses from the GAO and Inspector General’s office on whether CBP equips its agents to identify when a child might need further medical help.

“CBP did not provide officers and agents with training to identify medical distress in children, is that correct?” Richmond asked.

Tennessee Republican Rep. Mark Green, himself a physician, said that putting more medical staff at the border may be an unreasonable ask in a country already facing a shortage of doctors in rural areas.

“Where in the world are we going to get the doctors to put somebody at every single crossing?” Green asked.

Richmond opened his remarks with criticism of that perspective.

“It is a proverbial Trumpism, pitting communities against each other. I guess that is where we are going in terms of access to doctors. I just won’t entertain it,” Richmond said. “We are the greatest country in the world.”

Richmond co-sponsored a legislative proposal from Democrats last summer that called for immediate care and humanitarian protection for families trying to cross the border. He is also a co-sponsor of the 2018 “Keep Families Together Act”, which would prohibit immigration officials from separating children from their parents, except in extraordinary circumstances.

The deaths happened in the midst of a surge at the border that backed up the immigration system last year. CBP apprehended more than twice the number of undocumented migrants from September 2018 to October 2019 than they had in the previous four fiscal years, according to Cuffari.

As a result, cramped and overcrowded detention centers risked becoming breeding grounds for illnesses like the flu. Some people were kept in custody for days or weeks. CBP’s policy is that migrants should not remain in that agency’s custody for more than three days.

In response, the government built new holding facilities designed for children and drafted new policies to consider their medical care. But the GAO found “inconsistent implementation” of the medical care policies and procedures.

For example, GAO found three of 10 border stations it visited in South Texas last November did not have medical staff present to perform assessments. In one week in February, 143 of 373 children taken into custody did not receive basic health checks, according to GAO.

The Centers for Disease Control recommended border patrol offer the flu vaccine to all incoming migrant children. CBP declined to do so, saying it would be too challenging to have enough cold storage for the vaccine or providers to administer it.

“Throughout our work we found CBP did not identify or fully document reasons for their decision not to offer the flu vaccine for those in custody … they did not document how they weighed those costs with benefits for the flu vaccine,” said Rebecca Gambler, a director in the Homeland Security and Justice team at the GAO.

The agency faced public pressure last year to vaccinate children, including protests from groups of doctors outside holding centers in California.

The investigation also found CBP has inconsistently reported deaths in its custody. GAO’s review found that 31 individuals have died in CBP custody from 2014 to 2019. CBP only documented 20 of them in congressional reports. CBP told the congressional watchdog agency it would overhaul record-keeping  and send information more consistently.

The current situation for migrants is starkly different than last summer.  Many of the new holding facilities erected to process children at the border remain empty. The Trump administration issued new emergency rules during the COVID-19 pandemic that instruct border agents to turn children and almost all other migrants back to Mexico immediately. They are not given a chance to ask for humanitarian protection.

Immigrants who crossed before the order have been in a long holding pattern and legal battle, awaiting decisions on their asylum claims. A federal judge ordered the release of immigrant children this Friday from three family detention centers but immigration officials may not allow their parents to leave with them. ICE had no positive COVID-19 cases when they tested at the family residential centers July 2.

Congress approved a $4.5 billion emergency humanitarian-aid package last summer, in response to the situation at the border. The package included a $112 million line item specifically for “consumables and medical care.”

But border agents misspent almost 20 percent of the money, using it to buy printers, speakers and other facility upgrades, as well as dog food and equipment for its canine program, according to the GAO.

“We concluded that CBP violated the statute under appropriations and should make adjustments,” GAO’s Gambler told lawmakers.

CBP has obligated nearly $87 million of the approximately $112 million. After the congressional watchdog’s investigation, CBP said they would adjust accounts for $17 million that was used for spending not related to medical care. The rest of the money was used for relevant purchases: gloves, masks, clothes, medical equipment and other items.

The congressional watchdog found CBP made progress in some areas: The agency hired more medical personnel and received guidance and training from health professionals. 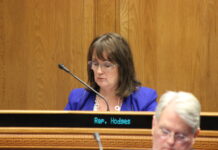 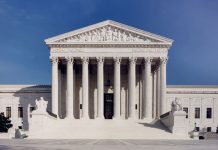 Biden immigration overhaul would open a door to citizenship for 11...