Across the United States, only 20 percent of parents with school-age children feel comfortable sending their children back to school in August or September, according to Echelon Insights, a polling firm that surveyed 500 parents a week between April 27 and June 18.  The results of that poll and an analysis of it were published last week by the American Enterprise Institute, a think tank in Washington, D.C.

That poll found sharply divergent opinions between White parents and parents of other races, and found equally divergent opinions between Republicans and Democrats and between parents with high incomes and parents with low incomes. White parents, Republican parents and higher-income parents were all twice as likely to feel comfortable sending their children back to school than parents of other races, parents who are Democrats and lower-income parents.

In Orleans Parish, where 80 percent of students attending public schools are Black, only 46 percent of parents say they are open to sending their children back when schools reopen. Fifty-six percent of parents would like schools to offer a distance-learning option this school year. Of the parents who responded, 80 percent said “minimizing health risks was a top priority to them for reopening planning.”

Those findings stands in sharp contrast to the results of a poll in Bossier Parish.  Two thirds of students in Bossier schools are white, and according to a survey conducted by the Bossier Parish School District, 68 percent of parents are planning to have their children return to school in August and the preference is for a  “100% face-to-face start to the school year.”

Additionally, barely more than half of parents are comfortable or very comfortable with the system requiring face masks for adults and students.  Thirty-nine percent of Bossier parents report being uncomfortable with mask requirements.

A survey conducted by the school system in Jefferson Parish, where the student population is more racially mixed, found that  face-to-face instruction was the most popular choice of parents. However, that survey was conducted at the end of May, and since then, Jefferson Parish has pulled ahead of New Orleans in the total number of COVID-19 cases.

Orleans parish has had the most COVID-19 related deaths in the state, which probably explains why parents there are more reluctant to send their children to school, said Adrienne Dixson, a member of the United Teachers of New Orleans and an education professor at the University of Illinois. Dixon hosted a virtual “town hall” event Wednesday night where New Orleans parents were asked if they believe it’s safe to return their children to school.

Orleans Parish, Dixson said, “was seeing a lot of death, and that is jarring — and I think many of us are afraid of that happening again. The impact of that is indelible for a lot of people, and I think parents are concerned for their children.”

Bossier Parish has suffered nearly as much as Jefferson Parish or Orleans Parish. According to the Louisiana Department of Health, Bossier has had fewer than 1,200 COVID-19 cases total, and a total of 36 deaths. Jefferson Parish has had 489 deaths and Orleans 539.

“I think because they weren’t hit hard, it doesn’t seem as real to them,” Dixson said of parents in Bossier Parish. “That plays a large part in how parents understand the illness and the impact of the illness.”

Dixson said the health of students, teachers and community members has to be put ahead of a financially motivated decision to reopen schools. She said she hasn’t seen health prioritized across the state.

“There’s nothing worse than death,” she said, “And I think that’s what we all have to remember and consider: that this disease is tragic, and we don’t know enough about it yet. So I hope that we will hold that in our minds.” 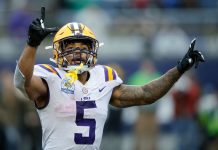 Conflicting opinions about reopening schools in Louisiana and the U.S.