The Louisiana Board of Commerce and Industry on Wednesday approved tax breaks for multiple Louisiana companies worth more than $148 million next year alone under a program critics call “corporate welfare.”

The meeting’s main attraction was the group of five companies requesting a combined $140 million a year off of their property taxes through the Industrial Tax Exemption Program, or ITEP.

The board approved the exemptions in a 7-3 vote.

The board room inside the Lasalle Building in downtown Baton Rouge was not full, but many spectators, and even some board members, attended the meeting via the Zoom video conferencing platform.

Many of those spectators, both in the room and on Zoom, took up the better part of an hour imploring the board to deny the exemption requests, especially the large ones requested by Marathon Petroleum and Sasol.

ITEP, which has come under increasing public scrutiny the last four years, gives manufacturers an 80-percent reduction on property taxes for 10 years if they build new facilities or expand existing ones. ITEP proponents say it attracts businesses to Louisiana and creates jobs. The exemptions, however, divert money away from parish school systems and other local taxing entities that are funded primarily through property taxes. In a November 2017 report, Together Louisiana, a network of congregations and civic organizations and the most vocal critic of ITEP — which the group calls “corporate welfare” — calculated that the exemption program deprived Louisiana school districts of $720 million in that single year. Together Louisiana also said in that report that in over 20 years the 14,000 companies benefiting from ITEP had “cut their net employment by 26,000 jobs.”

Marathon Petroleum indicated on its ITEP application that it would create 73 temporary construction jobs as it builds a power-failure safety system at its facility in St. John the Baptist Parish, but that there would be no new permanent jobs. “It’s a system that shuts down each site if there’s a power outage,” Marathon representative Dan Wortmann said in defense of the company’s application. “It’s something that will be good for the environment and good for the residents.”

But several members from Together Louisiana cited the prevalence of pollution to emphatically oppose Marathon’s ITEP application. Part of an industrial corridor along the Mississippi River dubbed “Cancer Alley,” St. John the Baptist Parish has the country’s highest rates of cancer and remains under special monitoring by the EPA because of industrial air pollution.

In mid-April St. John also had the highest rate of COVID-19 deaths in the country. A virtual attendee to Wednesday’s meeting blamed industrial pollution and said, given its multiple issues, St. John should not be made to do with less money.

“Please do not grant these exemptions, especially to Marathon,” she said.

Others pointed out the toll the exemptions would take on the parish public schools.

“Approval of these tax exemptions will cost local governments $1.5 billion in revenue,” Neil Reneau said from Zoom. “It will devastate K through 12 education for years to come.”

No public officials or representatives from St. John the Baptist Parish attended the meeting in person or virtually.

Others criticized the Sasol Corporation for creating only 78 new permanent jobs with $138 million worth of tax breaks, or one job for every $1.7 million it saves in taxes.

Board Chairman Jerald Jones countered, saying that the economic benefit is not solely measured by the number of jobs created.

Mike Thomas, representing Sasol, addressed the board to say his company created 800 jobs over a seven-year period with a previous ITEP project.

Broderick Bagert with Together Louisiana asked the board to postpone its vote to conduct a cost-benefit analysis of the requested exemptions.“This board has no mechanism in place for accountability,” Bagert said.

One company that didn’t fare well Wednesday was Genesis Crude Oil of East Baton Rouge Parish. The board decided not to consider Genesis’ ITEP renewal after members questioned the company’s categorization of itself as a manufacturer. Board members also expressed concern over the methods Genesis used to apply for exemptions.

Board member Kenneth Havard said he doesn’t believe Genesis manufactures anything, which would make it ineligible for ITEP. Robert Fudickar, a Genesis representative, replied that the company blends oil, which he described as a manufacturing process.

That answer did not seem to sit well with board members or the public. The board voted unanimously to defer a decision on the Genesis exemption request until its August meeting.

“These applications are under intense scrutiny at the board level,” Chairman Jones said to the Genesis representative.

However, the same level of scrutiny did not seem to apply to Sasol, which submitted 13 separate ITEP renewal applications for a 2015 project worth a total of $49 million in exemptions. Each application was under the $5 million threshold that requires advance notification to the public. Sasol reported the creation of 461 jobs from the project. 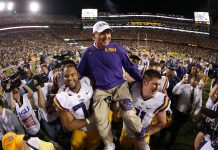 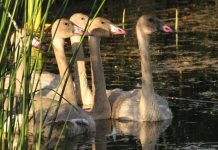 Louisiana commerce board approves tax exemption for Folger despite allegation that...